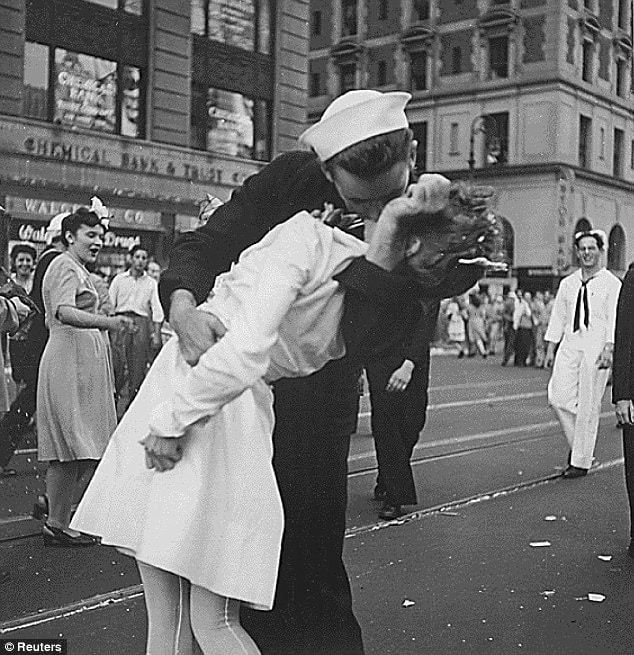 The WWII “Kissing Sailor” that was featured kissing a nurse in the iconic Times Square photo died March 9 at 86 years old.

U.S. Navy Sailor Glenn McDuffie, then 18-years-old, was famous for his world-renown kiss with nurse Gloria Bullard on Aug. 14, 1945. The photo of the kiss-seen-round-the-world was taken in Times Square after Japan had surrendered and WWII was drawing to a close. Nearly 60 years later, McDuffie passed away, Daily Mail reports.

Though the authenticity of McDuffie’s claim that he was the man in the photo has previously come under scrutiny, Houston Police Department forensic artist Lois Gibson “was absolutely positive” it was really him.

McDuffie told the Associated Press before he died he was changing trains in New York when he heard the good news that Japan had surrendered. He was so elated he rushed into the streets and swept the lovely nurse off her feet.

“I was so happy,” McDuffie said. “I ran out in the street and then I saw that nurse. She saw me hollering and with a big smile on my face… I just went right to her and kissed her. We never spoke a word. Afterward, I just went on the subway across the street and went to Brooklyn.”

Though McDuffie has passed, he is forever immortalized in the timeless kissing photo. 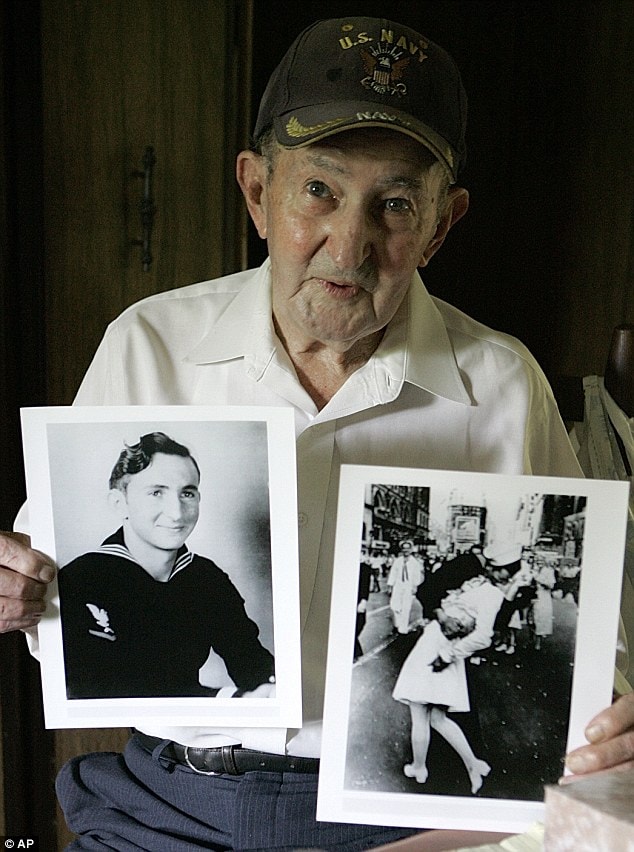 McDuffie holds up photos to prove he really was the man in the photo.