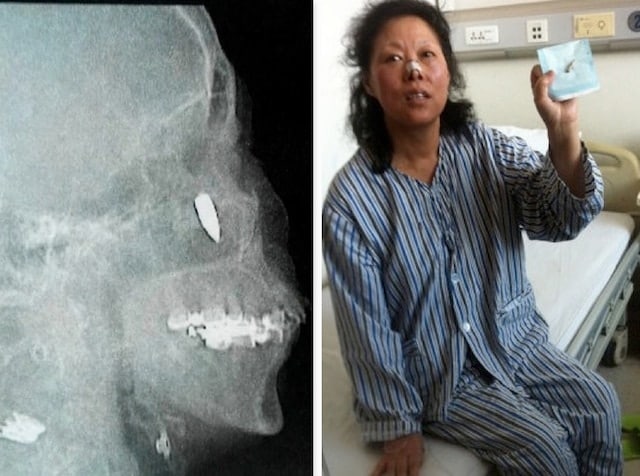 Zhao says she remembers the day she was shot and is thankful for having survived with the bullet lodged in her skull for so long.

A Chinese woman finally had a bullet removed from her skull 48 years after she was shot in the head.

Zhao, 62, went to the First Hospital of China Medical University after suffering chronic sneezing and feeling like she had a blocked, itchy and runny nose. Doctors took CAT scans of Zhao and were shocked to discover she had a bullet lodged in her skull, Yahoo News reports.

Zhao says she remembers the day she was originally struck by the bullet, but at the time she didn’t know exactly what it was.

“It was in 1967 when I was only 14. I was walking on the footpath and suddenly I felt a sharp pain on my right temple,” she said. “I thought I was hit by a pebble and there was blood.”

She returned home and her family dressed her wound. But years later she developed serious health issues.

“My nose was always having pus, but for the last 10 years, I’ve had breathing difficulties and headaches, which made me suffer a lot,” she said.

Zhao is thankful to have the foreign object removed from her nose and is “happy that the bullet did not kill me.”