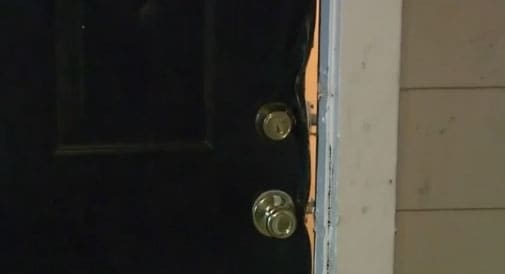 A home invasion at a Houston apartment Friday afternoon ended badly for the suspects when the young resident opened fired, killing one suspect and likely wounding another.

According to local media, it was just before 1:00 p.m. when the resident was awakened by the sound of someone trying to get into the front door. He went to the door, looked through the peep hole, but didn’t recognize the people trying to get in his home. So he armed himself with a handgun.

Gakayla Render, a nearby neighbor who witnessed part of the incident said the suspects, who were armed, pried the door open.

“They used a crow bar,” she said. “He saw the gun come around the corner and he started firing,” referring to the resident, whose name has not been released.

When police arrived, one of the suspects was found dead.

Authorities believe that a second suspect may have also been struck by the resident’s gunfire. A short time after the failed home invasion, a man showed up to a local hospital with a gunshot wound, but authorities have not confirmed that it was the suspect.

In addition, for reasons which have not been disclosed, police believe that a third suspect may have also been involved.

Although the resident did not admit to knowing the suspects and police have not confirmed her suspicions, Render, along with other residents in the apartment complex, believe that the incident was not a random one and that the resident, whose parents are successful and provide him with nice things, was targeted.

“It’s a motive,” she said. “You have other young guys who see them and they’re envious and they want that, they want to be part of that or they want to have that.”

The incident remains under investigation and at this point no arrests have been made. No charges are expected to be filed against the resident who acted in self-defense.