NY gubernatorial candidate Rob Astorino: 'If I am elected governor, I will repeal the SAFE Act' (VIDEO) 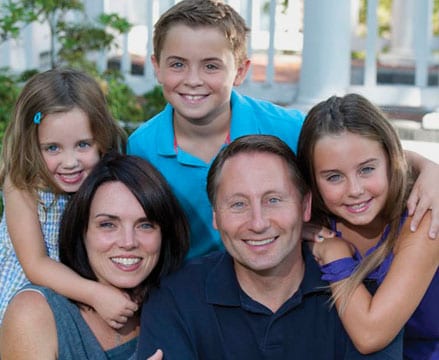 Republican gubernatorial candidate Rob Astorino is making one thing very clear to New Yorkers who value their constitutional rights to keep and bear arms, that is if he is elected the next governor of The Empire State he will do away with Gov. Andrew Cuomo’s sweeping gun control law the NY SAFE Act.

“If I am elected governor, I will repeal the SAFE Act,” Astorino told a crowd of gun owners and enthusiasts who were attending a gun show at Saratoga Springs City Center Sunday afternoon.

“(Gov. Cuomo) took away your rights, why don’t you take away his job?” he added.

As noted in previous Guns.com articles, the SAFE Act implemented a number of controversial measures that restrict the rights of law-abiding gun owners; among them, it strengthened the state’s ban on ‘assault weapons’ by broadening the definition (changing the criteria from two cosmetic features, e.g. barrel shroud and a pistol grip, down to just one, e.g. a barrel shroud) and required registration of all the newly defined ‘assault weapons.’

However, with respect to the seven-round limit, a federal judge ruled back in January that that aspect of the SAFE Act was “‘tenuous, strained and unsupported,” and thus struck down that provision. Now New Yorkers can load 10 rounds in their 10 round magazines.

From Astorino’s perspective, the SAFE Act was a knee-jerk reaction and a political stunt in the wake of the mass shooting at Sandy Hook Elementary School in Newtown, Connecticut. The law was not sound public policy and it failed to adequately target one of the primary sources of gun-related violence: mental illness.

“The SAFE Act did nothing to make us safer. All it did was get a headline for the governor and demonize law abiding citizens who did nothing wrong with guns, and what we did in Westchester which I think is the real issue which is mental health,” Astorino told reporters.

While Astorino is not a gun owner, it appears he does support the Second Amendment.

Meanwhile, Cuomo and his administration continue to stand behind the SAFE Act, despite the controversy and the ongoing battle in court over the constitutionality of the law.

“We will vigorously defend New York’s SAFE Act in the Court of Appeals,” Matt Mittenthal, a spokesman for Attorney General Eric Schneiderman, told the Poughkeepsie Journal.

If the well-heeled Cuomo, who has amassed $33 million to spend on his campaign, fails to get re-elected in 2014, many will point to his involvement with the SAFE Act as a major reason why.