U.S. Navy to beam down energy from orbiting solar panels 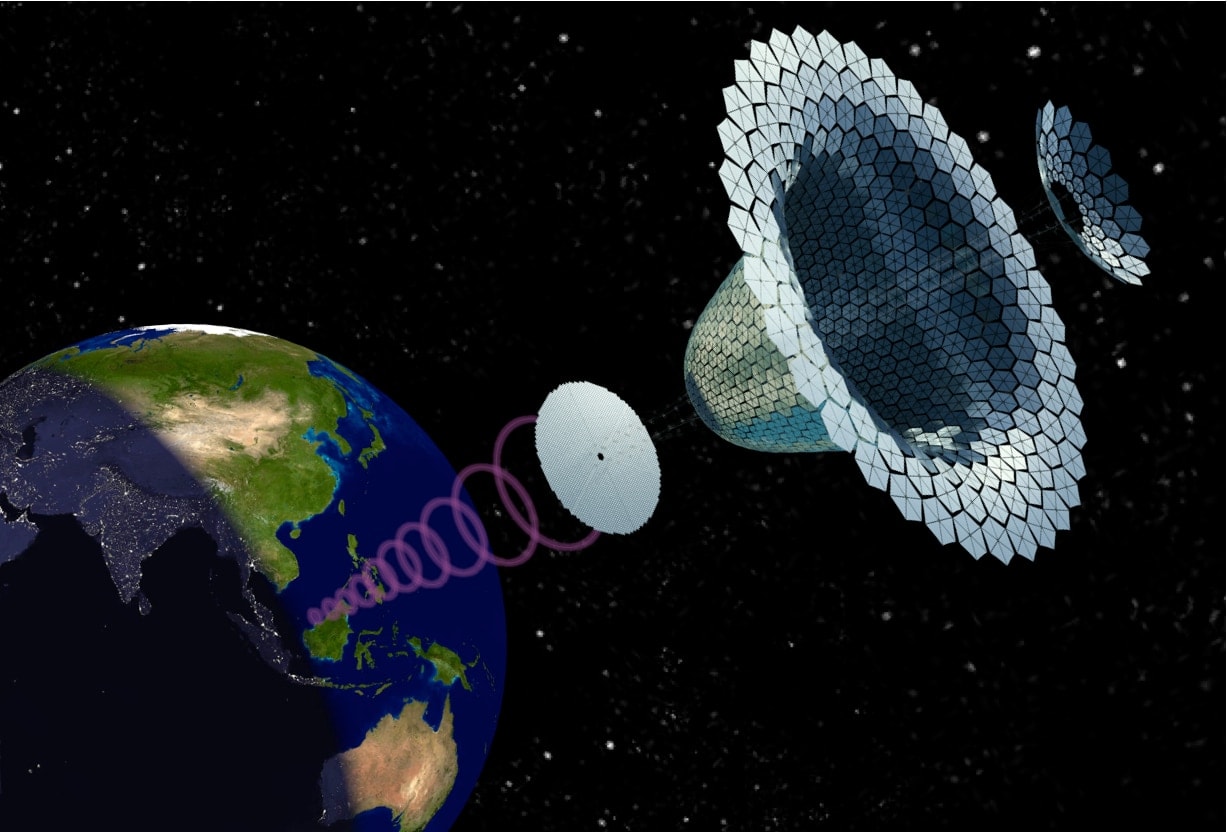 The U.S. Navy plans to use orbiting solar panels to beam down energy to Earth.

The United States Navy is planning to use orbiting solar panels to beam down energy from space.

The technology to make the out-of-this-world feat possible is being created by the U.S. Naval Research Laboratory. The plan is to launch the solar cells into space, have them convert the collected energy into radio waves, and then beam those waves back to Earth. It sounds sci-fi, but two different prototypes have already been built and tested, Wired reports.

The “sandwich” module is a self-contained unit with the electronic components wedged between two square panels. The “step” module is an opened up variant of the “sandwich” design. The greater surface area allows this one to gather more sunlight without overheating.

The “sandwich” model left, and the “step” model are teh two designs the Navy has developed.

Harvesting energy from space would expand the operational effectiveness of military deployments. Since radio waves can be beamed to any location around the globe, remote operating posts would not have to rely on fuel tankers.

The NRL hopes to eventually pass off the construction to robots, which would assemble the modules in space.

While radio waves aren’t normally considered as a source of energy, Paul Jaffe, a spacecraft engineer leading the Navy’s project, says that’s exactly what they can be used for.

“People might not associate radio waves with carrying energy, because they think of them for communications, like radio, TV, or cell phones,” said Jaffe. “They don’t think about them as carrying usable amounts of power.”