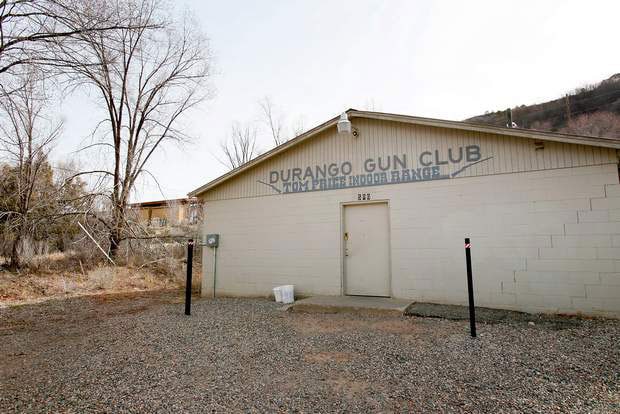 The Durango Gun Club president claims the city is using the NRA requirement as a means to obtain the land wanted for a bicycle park. (Photo credit: The Durango Herald)

A Durango, Colorado, gun club’s new requirement for its members to have a National Rifle Association membership has caused quite a stir. However, the opposition hasn’t come from the club’s members but rather the city, which has told the club that they must either get rid of the NRA requirement or get out.

The nonprofit Durango Gun Club has leased the public land from the City of Durango since 1963 and currently boasts more than 700 members.

Last week, The Durango Herald reported the club’s decision to become an NRA-Affiliated Club with 100 percent NRA membership. However, the decision, which was made in December, was one backed by financial reasons rather than political motivations. By becoming NRA-Affiliated, the club will have the opportunity to apply for grants from the NRA to be used for upgrades and improvements to the range areas, in addition to a wide array of other benefits.

However, according to the city’s attorney, David Smith, if the club’s NRA “policy is, in fact, in place, it is an objectionable use of public land and must be discontinued. If the Board of Directors of the club choose not to discontinue this policy, this letter constitutes notice to vacate the premises within the next 30 days.”

Furthermore, in the letter Smith sent to the club’s president, John Malarsie, he blatantly interjects his own opinion of the NRA’s political affiliations, calling the association one of “extreme political conservatism.”

“As I am sure you are aware, the NRA has changed rather significantly over the years and has now become, through the choice of the organization, a symbolic agency for relatively extreme political conservatism. There certainly is nothing inherently wrong with this,” Smith wrote.

“The problem arises when the leadership of the Durango Gun Club, operating on public property, determines that membership within this conservative political organization should be a condition of membership in the Durango Gun Club or a condition of the right to use the leased facility located on City-owned land,” he added in the letter dated March 13.

Durango Mayor Dick White agrees with Smith’s opinion that it is an “inappropriate requirement” of the gun club to be made up completely of NRA members. In addition, the city essentially does not wish to be associated with such political views.

“We heard quite a strident outcry from the public that this is simply inappropriate because the NRA has essentially become a political organization, putting the city in the position of making a de facto endorsement,” White said, adding that they have received a “ton of emails” opposing the club’s requirement.

To further complicate the issue, the land leased by the gun club isn’t solely owned by the city. The club’s indoor range is located on city land, while the outdoor shooting range belongs to La Plata County.

The county has yet to determine whether or not the NRA requirement goes against the terms of their lease. County commissioners have not “formally addressed the issue. But the issue has come up.”

Nonetheless, Malarsie claims that the politics surrounding the city’s threat have little to do with the NRA, but are more likely motivated by the city’s desire to use the land as part of a “planned expansion of their recreational facilities,” which include a bicycle park.

Malarsie explained in an email to club members their predicament and also pointed out that “the Durango Gun Club has been in existence for 60 years and have (sic) been affiliated with the NRA for many years before that” and has had no prior issues with the city. He also added that “the political climate has changed very much in the State of Colorado and here in the City of Durango.”

The city has given the club 10 days to make their decision. While the club’s decision has not yet been made, Malarsie did say that they have sought legal advice regarding the matter.

Guns.com reached out to the NRA for comment on the city’s eviction notice, but the group has not replied.