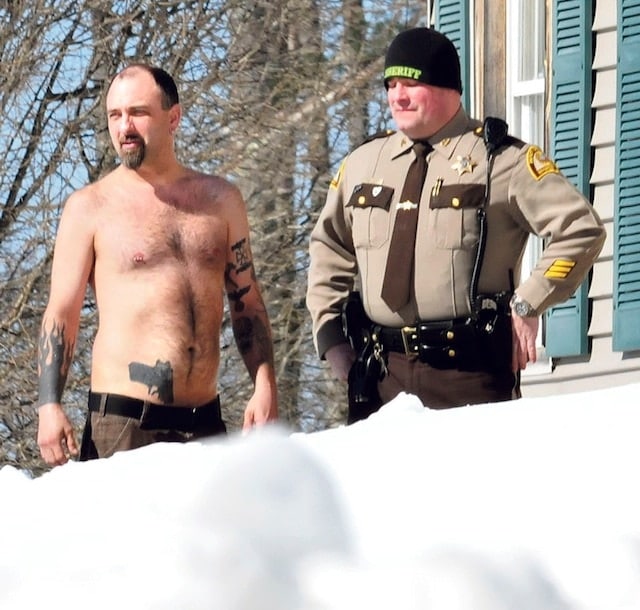 Michael Smith’s gun tattoo was confused for the real thing.

Maine state troopers descended on a man’s home, but quickly realized the reported gun was simply a life-size tattoo.

Michael Smith was asleep in his Norridgewock home when a tree removal crew woke him around 10 a.m. Shirtless and groggy, Smith stepped outside and yelled at them to go away. One of the workers thought he spotted a gun on Smith and minutes later, police armed with rifles responded to his home. What they discovered wasn’t a gun, but a gun tattoo,” Morning Sentinel reports.

Troopers surrounded Smith’s house and used a megaphone to call him out. When they saw the gun tattoo, they realized it was just a big misunderstanding. 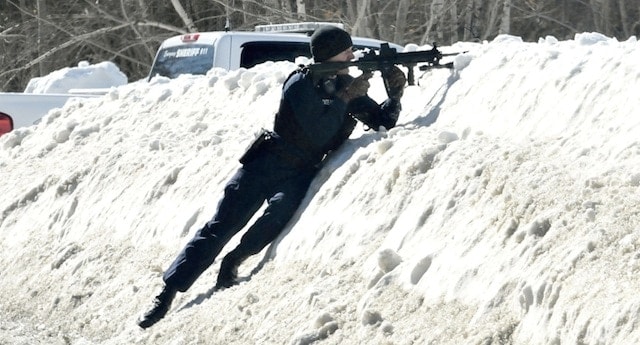 Trooper Scott Duff aims his rifle at Michael Smith during the brief standoff.

“Obviously it was a misunderstanding and he didn’t have a weapon, but we had to respond to the initial report as if he did,” Maine State Police Trooper Scott Duff said. “We take all precautions when we don’t have the details.”

Smith wasn’t charged but when officers asked him if he was armed he said, “Yeah, I got this gun on me all the time. It’s tattooed on.”