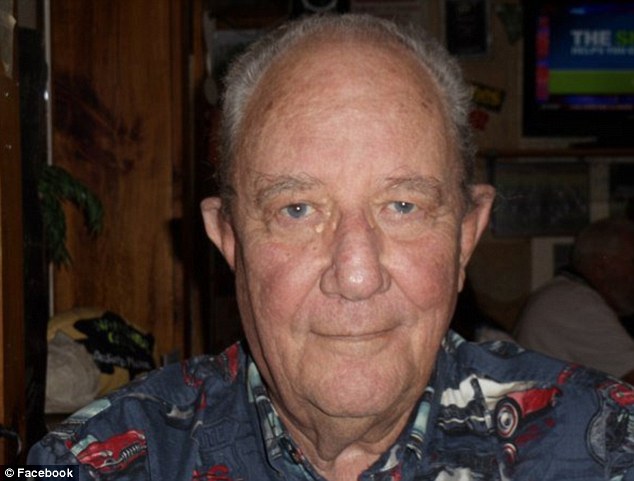 Marine Corps Sgt. Walter George Bruhl Jr. passed away March 9 at 80 years old, but left his family a comical yet touching obituary he penned himself.

“Walt was a Marine Corps veteran of the Korean War having served from October of 1951 to September of 1954, with overseas duty in Japan from June of 1953 till August of 1954,” Bruhl’s self-written obituary reads. “He attained the rank of Sergeant. He chose this path because of Hollywood propaganda, to which he succumbed as a child during WWII, and his cousin Ella, who joined the corps in 1943.”

“There will be no viewing since his wife refuses to honor his request to have him standing in the corner of the room with a glass of Jack Daniels in his hand so that he would appear natural to visitors,” it continues. 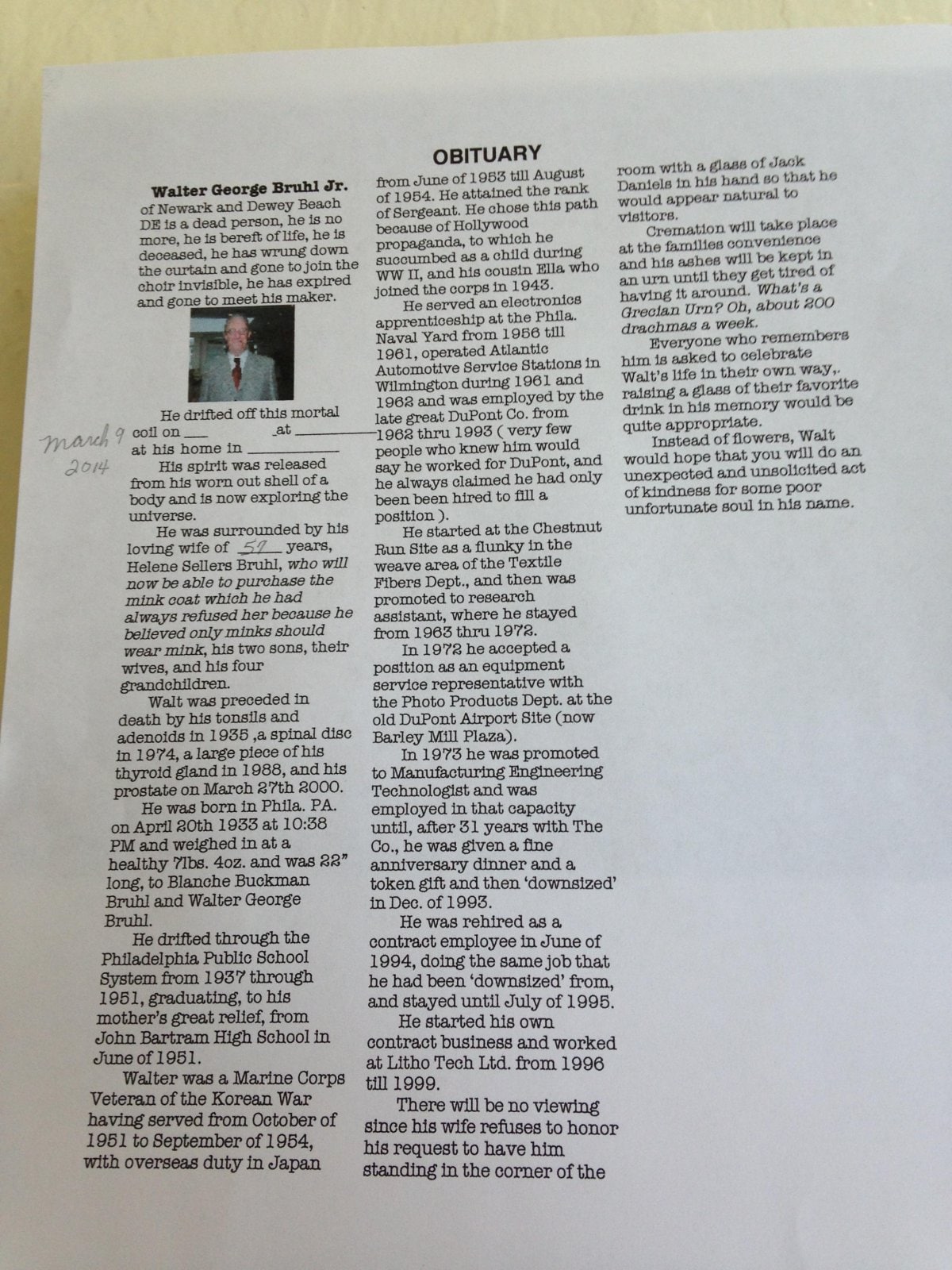 Bruhl’s son, Martin Bruhl, said his father’s obituary was a nod to “Monty Python” and that the deceased Devil Dog always had a keen sense of humor and a way of making people smile. The obituary quickly went viral and the Bruhl family found themselves overwhelmed by the massive response.

Martin sat down with News Radio to share some thoughts about his father, Marine Corps Sgt. Walter George Bruhl Jr.