A South Carolina pub posted a no guns sign its window that labeled all concealed carriers a “douchebag.”

“No concealed weapons allowed. If you are such a loser that you feel a need to carry a gun with you when you go out, I do not want your business. Douchebag,” the sign read.

The message was posted to the window of the Backstreets Pub & Deli. The pub quickly received backlash and the pub’s owner, Pete, says that while he’s a big supporter of gun rights, he doesn’t think guns have a place in a college town, Washington Times reports. 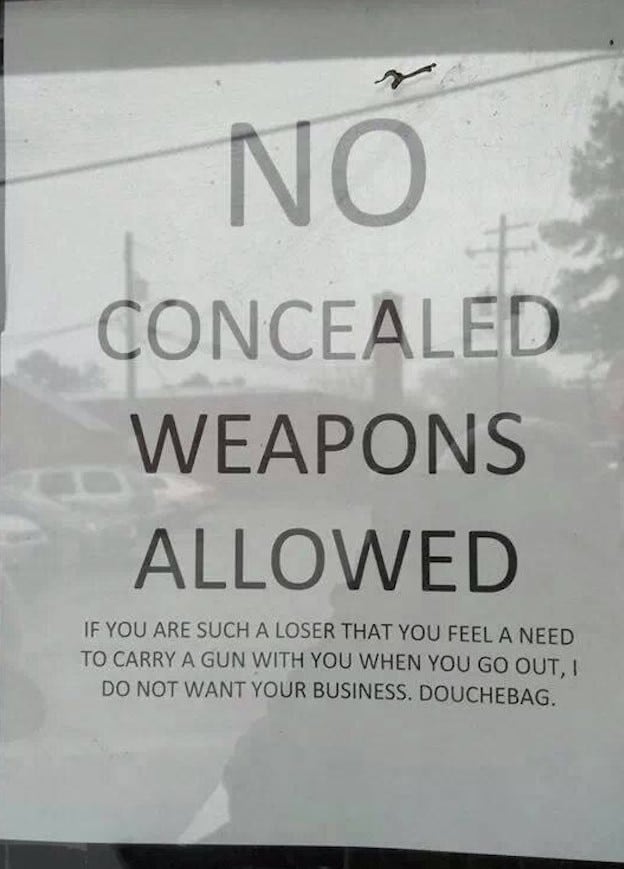 Those that didn’t agree with Pete’s message took to Yelp, where many gave the establishment a one-star rating and left a message of their own.

“So, you would even insult the soldiers that fought for your freedom and right to post that offensive sign?” asked Time, who rated the pub a one-star. “Would you say the same thing to a police officer? I guess you have the right to be an idiot as well. God bless America, the Constitution and the Second Amendment.”

Pete later apologized for the language he used in the sign and said, “It just came out wrong because I was frustrated.”

The pub owner describes himself as a “conservative Democrat,” not the “big-ass liberal” people keep calling him. He also claims to have had his concealed carry permit since 2001.

And while the Pete’s local community has shown their support for his pub, the overall feedback has been overwhelming negative. He even had to take his phone off the hook.