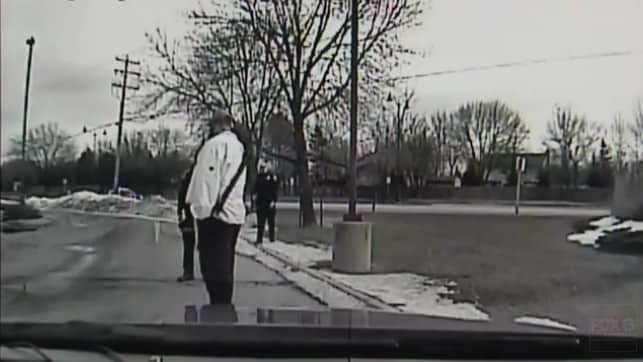 The event sprang from what the Germantown Police Department states is a series of calls on March 15 complaining of a man with a “handgun and AR-style rifle walking down the sidewalk.”

Upon responding, officers encountered an openly armed individual who politely refused to give his name.  He was allowed to continue about his walk after officers confirmed no laws were being broken.

That man was later identified as William Polster of nearby Sheboygan Falls, an open carry activist on his first outing in Germantown.

“I went down there and went for a walk. Had my shotgun slung over my back. After about 40-45 minutes the police stopped me,” Polster told Guns.com Wednesday, confirming that he was legally practicing open carry in the town as allowed by Wisconsin law.

Polster advised that after the initial stop, two or three officers observed him from their units for up to 45 minutes, an act that Polster feels is a waste of police resources as he was not a threat, explaining that police had found his parked car and ran his license plate number, thus identifying him.

According to the department’s website, the village employs 31 sworn officers.

“People need to practice their Second Amendment rights. They don’t need to fear police bullying or be intimidated,” said Polster.

He started open carrying before he had his concealed carry license and has been doing so for several years. Polster had previously made headlines in Appleton where he appeared at the Farmers Market there in support of open carry awareness.

The Germantown Police took to the department’s Facebook page to give a detailed explanation of the action. It was soon bombarded with comments for and against open carry that the agency deleted the post, which led to even more discourse.

On March 16, the department reposted their entry on the social media site where it once more chalked up commentary. 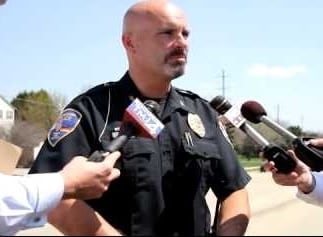 “I understand some of you may disagree with me, but this type of insensitive behavior to cause alarm with so many people just because it is your right to do so is senseless,” wrote Chief Peter Hoell on the Germantown Police Department’s Facebook page.

The Chief continued, saying, “As a society, shouldn’t we act accordingly out of sensitivity for others. We say good morning, we waive as a kind act, we hold the door open for a lady, we say please and thank you. What is the purpose of slinging a long gun over your shoulder and walking down Mequon Rd? The purpose is to test and record a police response, post it on YouTube, to get attention, and to cause fear with those who are not comfortable with guns.”

Finally the Chief concluded by saying,  “I simply do not understand why some people feel the need to shock and scare others just because it is there right to do so.”

When asked by Guns.com if he intended to carry in Germantown again, Polster said, “Probably.”