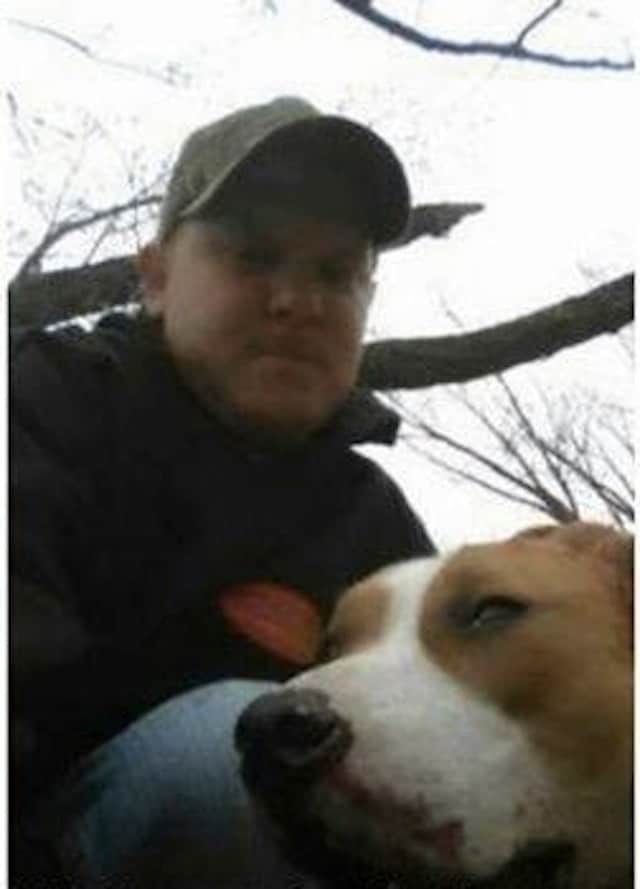 Kenneth Woodburn fatally shot Tank, then posed with the dead dog’s corpse for a Facebook photo.

Maryland authorities are investigating the fatal shooting of a dog after the alleged killer posted a selfie with the animal’s corpse on Facebook, causing collective outrage, local media reports.

The shooter, Kenny Woodburn, 29, allegedly shot his neighbor’s dog, Tank, as it walked through his backyard in St. Mary’s County on March 12.

“The state’s attorney’s office is now reviewing the case and will decide whether or not to charge him,” Sgt. Cara Grumbles, spokeswoman for St. Mary’s County Sheriff’s Office, told Guns.com.

Prior to the shooting, Woodburn reportedly updated his Facebook status with, “Hey going to dye today [sic],” in reference to the dog. Shortly thereafter he posted the picture of himself posing with the dead one-year-old pitbull/lab mix.

On Facebook Woodburn claimed that the dog charged him, but the dog’s wounds suggest otherwise.

The dog’s owner, Richele Ince, 21, claims that Tank was shot in its back and then again in the head.

In a petition calling for Woodburn to be criminally charged, Ince explains that Tank was probably on its way to the daycare center down the street, where it was welcomed and often visited to play with her 4-year-old daughter, who attended the program, and other children.

She added that Woodburn never mentioned having any issue with Tank, nor did she see any of his Facebook posts complaining about the dog.

Guns.com reached out to Woodburn for comment, but he did not respond.

(Daniel Terrill contributed to the reporting of this story)