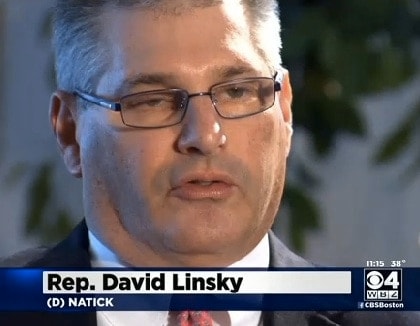 A bill filed by a Massachusetts lawmaker is seemingly designed to close a background check ‘loophole’ that doesn’t exist.

Sponsored by State Rep. David Linsky (D-Natick), the bill would require private gun buyers and sellers who meet via the Internet to conduct the transaction at a gun shop so that a Federal Firearms Licensee can conduct a background check.

However, under current state law, all gun owners are required to possess a license to own a firearm in which they had to pass a criminal background check to obtain. Moreover, when transferring firearms, private buyers and sellers must fill out a form (available online) and alert the state that such transaction is taking place within seven days.

Failure to adhere to these laws could obviously result in criminal charges.

Nevertheless, Linsky believes that there is more to be done legislatively to stop illegal gun sales in The Bay State.

“There’s a huge black market and gray market for guns on the Internet through sites like ArmsList.com,” Linsky told CBS Boston.

Linksy pointed to a Mayors Against Illegal Guns study that found that 62 percent of private online gun sellers were willing to sell a firearm to someone who indicated that they would not be able to pass a background check.

As for how many illicit transactions are made via the Internet, Linksy said, “We don’t know and that’s part of the problem.”

“If you’re a person who wouldn’t otherwise lawfully be able to buy a gun from a licensed gun dealer, you can go out and find a gun to buy tonight out of the trunk of a car,” Linsky he continued. 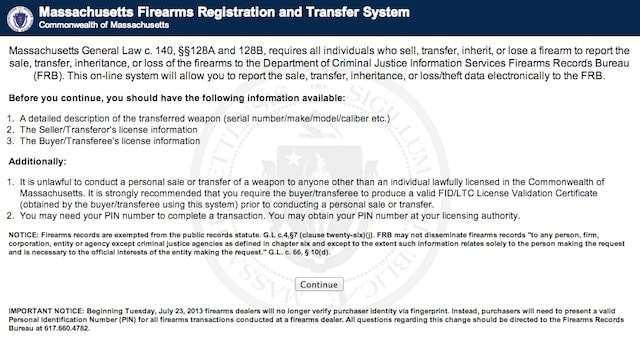 Though, not surprisingly, some question whether passing another gun control law will keep criminals from being, well, vectors of criminality.

Recent online gun buyer Ted Kempster agreed with Wallace, saying that the bill would not have an impact on the criminal element.

“All it would do is increase the burden upon law abiding citizens in Massachusetts who are simply trying to do the right thing,” he said. “There’s nothing in this proposal that would stop people or change the way people are unlawfully transacting firearms today.”

Linsky’s bill will now head to the Legislature’s Joint Committee on Public Safety and Homeland Security for review. If it clears that committee it will then go to the House floor.