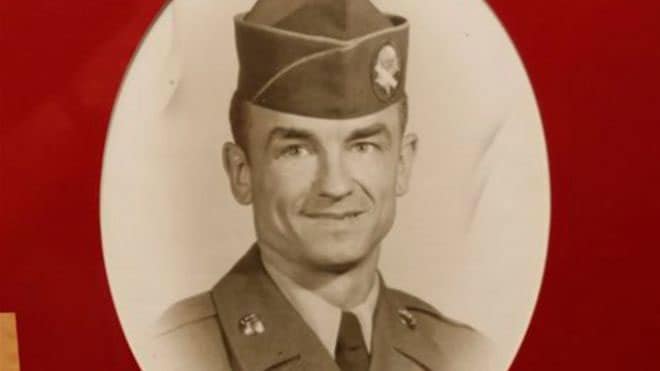 When Lawrence Woods was just 15-years-old, he lied about his age to join the Army. Once his true age was discovered, he was kicked out of the military, only to sign up once again when he turned 18. (Photo credit: The Leaf Chronicle)

Nearly 50 years after his plane was shot down by enemy fire in Vietnam, the remains of a United States soldier have been identified and he will finally be laid to rest this weekend at Arlington National Cemetery.

Army Staff Sgt. Lawrence Woods of Clarksville, Tennessee, was aboard a Fairchild C-123 “Provider” on Oct. 24, 1964 as part of a resupply mission for a U.S. Special Forces camp at Bu Prang, Vietnam when it fell in a fiery crash near the South Vietnam/Cambodian border.

The aircraft which carried Woods and seven other servicemen was completely destroyed except for the tail section and no parachutes were seen leaving the plane.

The seven servicemen who were found, were laid to rest at that time, but Woods’ family didn’t receive such closure. Instead, Woods’ wife received a telegram informing her that her husband was missing and the following year received another telegram stating that he was presumed dead.

However, his remains were yet to be found and the family held on to the hope that one day his whereabouts would be discovered. The family even clung to the idea that maybe he had survived the crash, become a prisoner of war, and remained alive somewhere in the country.

And then, 48 years later, on Sept. 17, 2013, Lisa Szymanski of Fort Myers, Florida, received a phone call informing her that her father’s remains had been found.

“I still can’t comprehend that this is really happening,” Szymanski told The Leaf Chronicle after receiving the news. “God, I really thought I would die not knowing.”

“We always held onto hope that he’d come back,” said Woods’ other daughter, Deborah Secriskey, who was just 3-years-old when her father left for Vietnam. “The years went by, and we just never heard anything.”

“It was like, it wasn’t real,” she added. “After all these years, how could they possibly have found something?” 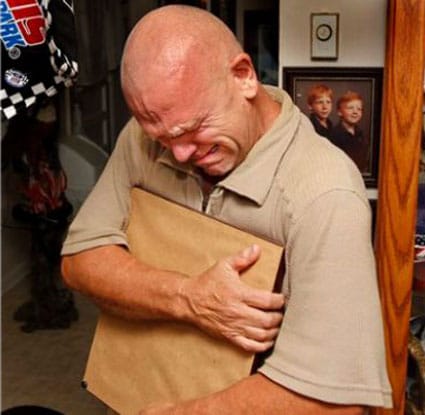 Steve Woods was overcome with emotion when he learned that his father’s remains had finally been recovered from Vietnam after 48 long years. (Photo credit: The Leaf Chronicle)

Yet between 2009 and 2010, U.S. and Vietnamese teams excavated the crash site. Their efforts yielded human remains as well as additional evidence, including a metal identification tag from the aircraft’s commander. Scientists from the Joint POW/MIS Accounting Command then used forensic and circumstantial evidence to identify those remains and thereby account for Woods.

Although the remains were officially identified back in September, the ceremony to honor Woods was postponed until spring so that he could be buried with full military honors along with the other seven crew members who were aboard the plane with him when it went down, a plan which the family agrees is best.

The family, who has fond memories of Woods, feel that they can finally close a chapter in their lives which, for so long, had remained incomplete.

“Never, never give up,” said Woods’ son, Steve. “Put it in the Lord’s hands and one day, the Lord will answer your prayers.”

Steve calls the closure nothing short of a miracle.

He vividly remembers the day his father left for Vietnam, even though he was only 8-years-old. He was playing on the porch when his father walked by, dressed in full uniform.

“The book of my dad’s life will finally be closed,” he added.

And although overwhelmed with joy, his heart still goes out to those families who do not have such closure.

More than 1,600 U.S. service members from the Vietnam War still remain unaccounted for, as well as 7,000 from the Korean War and, nearly 70 years later, 73,000 are still missing from World War II.