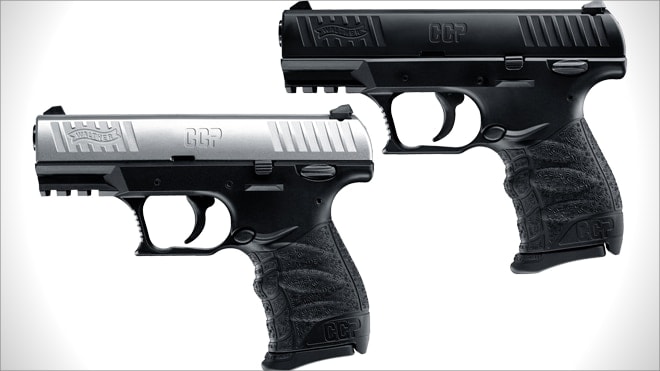 Walther is officially unveiling their new CCP — Concealed Carry Pistol — an upcoming single-stack subcompact with an action that is far from ordinary. Of course, we got the scoop ahead of time when Walther slipped and accidentally (or “accidentally”) posted details of this 9mm pistol on their website.

With the cat out of the bag they are releasing all of the details on this interesting new pistol ahead of schedule. Walther had originally intended to hang on to their announcement until the upcoming NRA Annual Meeting, which will take place in Indianapolis, Ind., April 25-27 this year.

As it turns out, not only is this gun’s action exciting, so is its price point: Walther’s suggested retail price is $469-489.

Even if vendors choose to sell the CCP at its full retail price — which few retailers do — it is still extremely competitive with popular single-stack pistols like the Smith & Wesson M&P Shield, Springfield XD-S and even Walther’s own PPS, the Police Pistol Slim.

Walther is certainly hoping to take a chunk out of ever-popular and growing concealed-carry market. With a design that aesthetically and ergonomically draws on their widely-regarded PPQ series of service and competition pistols, it will also find a place with gun owners who want their concealed-carry guns to handle like their home defense and range guns.

Many companies use the NRA expo as an opportunity to launch new products. We’re still look forward to seeing if Walther has anything else up their sleeve for the big show. 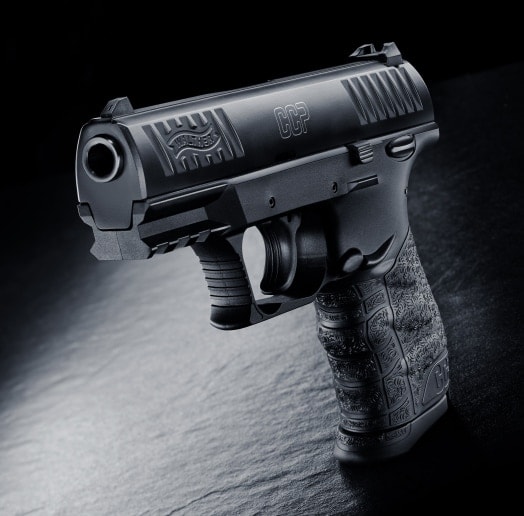 What makes the CCP so different from other concealed-carry pistols, and essentially every handgun currently in manufacture, is its gas-delayed blowback operation. A rare method of recoil operation, the CCP uses a fired cartridge’s expanding gas to slow the rearward motion of the slide. Only a small handful of Heckler & Koch and Steyr pistols have ever used this action and they are no longer in production today.

Walther calls it the “SoftCoil” system.

This operation has several advantages over common methods of recoil operation. Because the pressure of the cartridge is used against itself the recoil springs don’t have to be very stiff, which in general makes gas-delayed blowback pistols easy to manipulate. As many concealed-carry pistols have slides that are hard to rack, the CCP will doubtlessly appeal to shooters looking for something soft on the hands.

And historically, gas-delayed blowback pistols recoil softly as well. Single-stack subcompacts are some of the snappiest handguns out there; the CCP will not have to accept sharp recoil as a trade-off of concealability.

Also, guns that use this recoil operation generally have fixed barrels, which makes them inherently more accurate than guns with articulated barrels. And the recoil system requires less physical space, promoting compact designs. Both small benefits for a small pistol.

The CCP is, otherwise, very similar to the PPQ, albeit smaller, lighter, and thinner. But there are more than just dimensional changes with the new design.

It’s still striker-fired and has the same six-pound trigger, but with less overtravel from 9mm to 7mm. Gone is the trigger safety, in its place is a small manual thumb safety. Taking a page out of the PPQ M2’s book, the CCP has an American-style button magazine release, as opposed to the paddle release common to many German handguns.

Size-wise it is close to the Walther PK380. It is 6.5 inches long by 5.1 inches tall and 1.2 inches wide across the controls. It weighs 22 ounces. This puts the CCP right between the PPQ and the PPS. The added height of the CCP allows for a capacity of 8+1 rounds of 9mm and a full, four-finger grip without needing to use extended magazines.

When it becomes available the CCP will be offered in two version, two-tone with a polished stainless steel slide or with a matte black Cerakote finish. For more details and specifications head over to the product page.