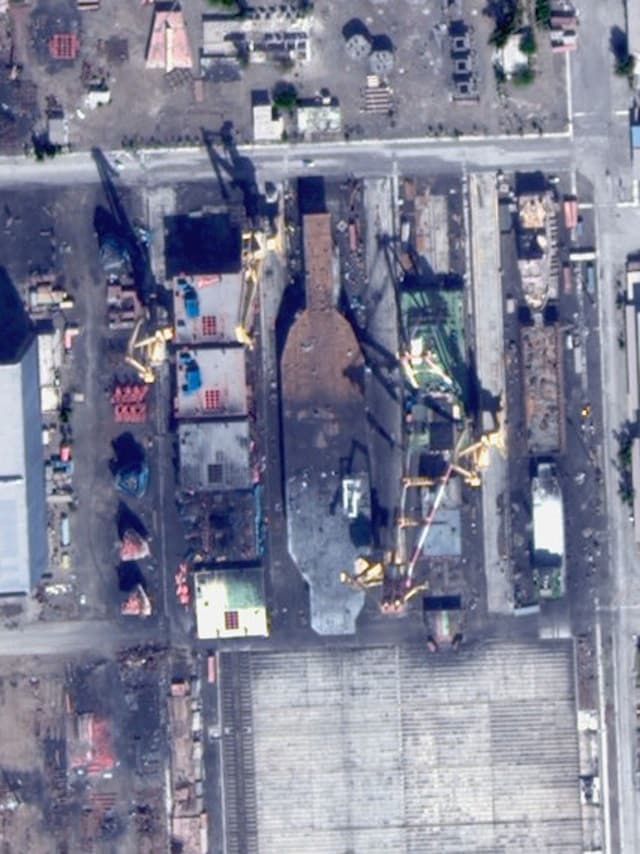 Once the mock-up Nimitz class vessel is complete, Iran may blow it up for propaganda purposes.

United States officials say the aircraft carrier is non-operational and suspect Iran plans to blow the vessel up for propaganda purposes. Satellite photos of the carrier reveal there are also mock aircraft on the flight deck, New York Times reports. 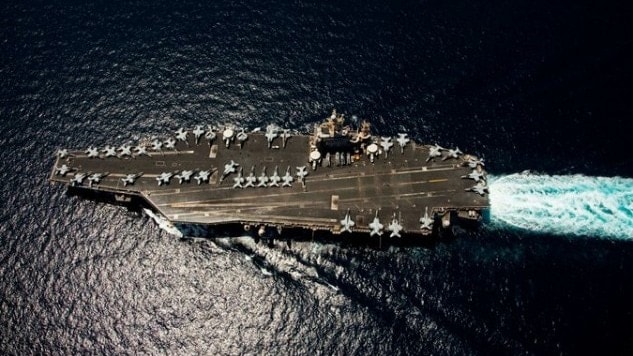 “Based on our observations, this is not a functioning aircraft carrier; it’s a large barge built to look like an aircraft carrier,” said Cmdr. Jason Salata, a spokesman for the Navy’s Fifth Fleet in Bahrain. “We’re not sure what Iran hopes to gain by building this. If it is big propaganda piece, to what end?”

Whatever its intended purpose, the mock-up vessel is nearing completion and may soon takes it maiden voyage in the Persian Gulf.