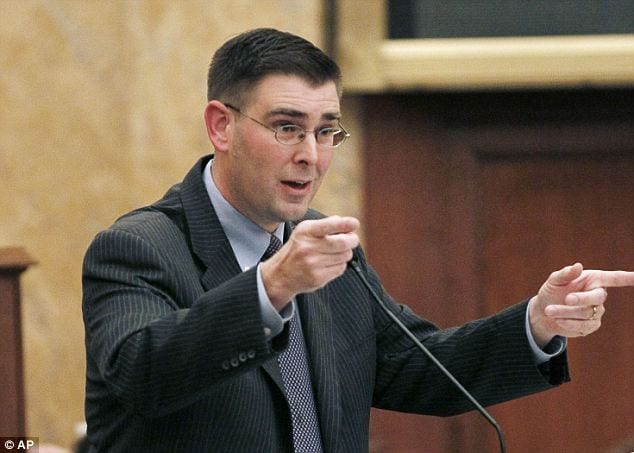 A Mississippi bill that would safeguard gun-owner rights during natural disasters and from local municipalities seeking to regulate gun possession is now headed to the governor’s desk for signature.

The bill, HB314, forbids confiscation of legally owned firearms in the event of emergency or natural disaster as well as provides for guns in public housing, passed the state Senate with amendments by a 40-11 vote and was confirmed in the House by a 103-18 vote on Wednesday.

I’m very pleased that House Bill 314 passed both chambers of the Mississippi Legislature and is now being sent to Gov. Bryant for signature,” Rep. Andy Gipson, the bill’s sponsor, told Guns.com Friday.

“This legislation will protect law-abiding gun owners from government confiscation of firearms during natural disasters, and will also give citizens a strong tool with which to challenge illegal city or county gun bans,” he continued.

Mississippi was a victim of Hurricane Katrina in 2005 and while firearms were not widely confiscated in the Magnolia State, the were guns seized in isolated instances in neighboring Louisiana during the recovery. This led to legislation in that state to prevent such events in the future.

In addition to protecting the rights of gun owners during natural disasters, the bill also prevents local governments from destroying guns acquired in buyback events, protects gun owners in the state from restrictive municipal and county gun laws, and allows gun possession in public housing.

Although HB314 passed the state legislature by large margins, there had been some complaints from town and county governments which have gone so far as to seek opinions from the state attorney general’s office on local gun laws.

“This is a victory for everyone in Mississippi who values their Second Amendment freedoms,” noted Chris W. Cox, executive director of the National Rifle Association’s Institute for Legislative Action. “This legislation provides a number of vital reforms to Mississippi law including provisions that prevent gun confiscations and that preserve the self-defense rights of residents who live in public housing.”

The bill provides a similar protection to Mississippi gun owners as the preemption statutes in Florida. That law, which restricts local ordinances from regulating firearms has seen a lot attention in recent months due to backyard shooting ranges.

HB314 is now headed to Gov. Phil Bryant’s desk where it is expected he will sign it into law.