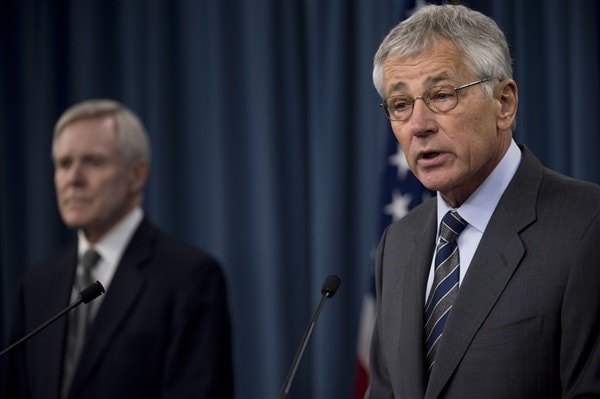 The results of an investigation into the Washington Naval Yard Shooting were released on Tuesday. Authors of the study determined that the shooting was preventable.

The six-week investigation found numerous failures on the part of the shooter’s employer as well as the Navy to properly vet the background of the man who was granted access to secured areas.

“Six months ago, the Department of Defense lost 12 members of its family in a senseless act of violence at the Washington Navy Yard,” said Secretary of Defense Chuck Hagel in a press briefing on the results of the investigation into the Sept. 16, 2013 shooting at the Washington Navy Yard Tuesday.  “I said at the time that where there are gaps or inadequacies in the department’s security, we’ll find them and we’ll correct them.”

The perpetrator, 34-year-old Aaron Alexis, employed by a Navy sub-contractor to update classified computer systems, used his issued and valid Common Access Card (CAC) to gain entry to the base and its buildings, including passing several controlled entry points, with a concealed shotgun carried in a bag. Once inside the base, Alexis killed 12 employees and wounded another four.

“The Naval Support Activity Washington’s Antiterrorism Program is deficient in several areas,” concluded the Judge Advocate General investigation, released Tuesday in conjunction with Hagel’s conference. A team of 30 investigators and 10 support personnel conducted the investigation over a six-week period.

The findings concluded that the Navy failed at several points.

Alexis’s company, The Experts, failed to properly vet the former sailor, “even when they had concerns that Alexis may cause harm to others.”

Had the proper checks been done, “the chain of events that led to the WNY shooting incident on Sept. 16, 2013, may have been interrupted, earlier in Alexis’ career.”

According to an earlier FBI report, Alexis held a delusional belief that he was being controlled or influenced by extremely low frequency (ELF) electromagnetic waves and has etched several ELF references on his illegally modified Remington 870 shotgun.

To compound the failures by the contractor, the investigation also cited poor oversight at multiple levels by Hewlett-Packard, who contracted Alexis’s company, and the Navy itself.

In addition, while praising the “swift and heroic” response of Naval Security Forces and local law enforcement to the shooting, communication issues with various first responders hampered the efforts to coordinate a response until after the event was over. Alexis was able to roam the facility for over an hour between the first shots and the time he was fatally shot by armed responders. 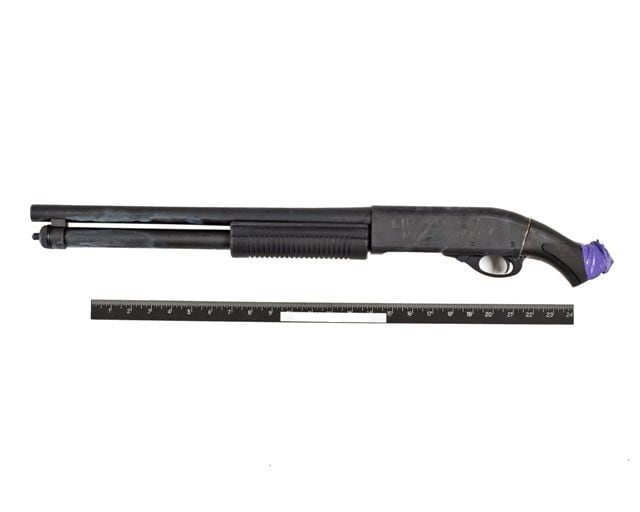 Secretary Hagel, along with Secretary of the Navy Ray Mabus, unveiled a number of steps to help prevent such an incident in the future.

“I think we all understand that open and free societies are always vulnerable, but together we’re going to do everything possible to provide our people a safe and secure workplace as possible,” said Hagel.

The Department of Defense plans to implement up to 14 recommendations from the investigation to strengthen security across the military.

These include a continual evaluation of the DoD’s access controls, reducing reliance on contractor-conducted background checks, establishing a management system that would ensure that proper oversight is done, and centralizing authority as much as possible to streamline the process.

Finally, by reducing the more than 2.5 million security clearance holders in the DoD’s database by “at least 10 percent,” the military will further limit access to facilities.

“We will continue to do everything we can to prevent such a tragedy from happening again. We owe them nothing less,” Hagel concluded.