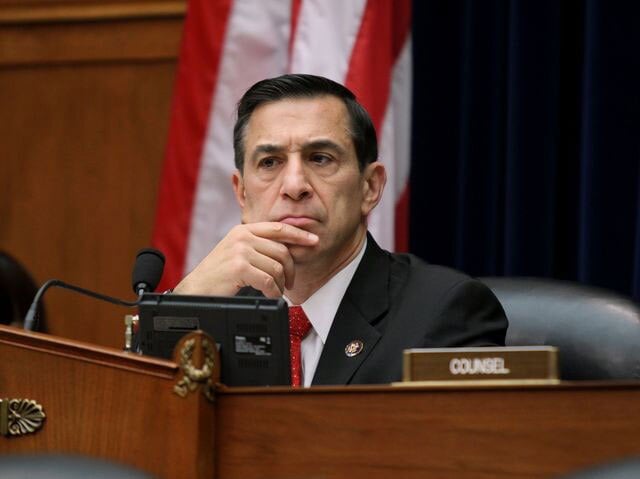 Rep. Darrell Issa is not happy with the lack of cooperation from the ATF during the investigation. (Photo credit: The Washington Times)

Feeling increased pressure after the Journal-Sentinel exposed questionable tactics used by the Federal Bureau of Alcohol, Tobacco, Firearms and Explosives during botched string operations in Milwaukee and other cities across the country, leading into an investigation by Congress, the House issued a subpoena this week for the ATF to turn over documents used during those operations.

California Rep. Darrell Issa slammed the ATF’s outright refusal to cooperate, similar to the infamous investigation into Operation Fast and Furious. According to The Washington Times, previous requests for the documents and additional details have once again gone unanswered.

“Nominated to lead ATF in the wake of the reckless Operation Fast and Furious, you were ultimately confirmed as director with an expectation that you would clean up field operations and end the reckless behavior that has defined ATF in recent years,” Mr. Issa wrote in a letter to ATF Director Todd Jones. “The time for hollow promises is over. Regrettably, I must now compel you to produce the requested documents.”

But Issa isn’t the only one whose requests to the ATF have been ignored. At least three congressional investigators have also written letters requesting information more than just a time or two and yet none of them have received a reply.

In addition, Issa stated that Jones had repeatedly promised to cooperate with the investigation. However, more than a year after the probe began, Congress is still left with only empty promises. The ATF now has until the end of the month to provide the requested documents, which include operational plans, authorizations to sell weapons, and investigative reports from operations in six cities.

The newspaper has tracked the operations’ “rogue tactics” for a little over two years. The questionable tactics included tricking mentally disabled people to execute their plans for illegally purchasing firearms, only to later turn around and arrest them. Additionally, the ATF used tempting treats such as video games, pot, alcohol and provocatively dressed, flirty-female agents to entice unknowing underage teens into participating in their operations, only to bust them later for the same activities that the undercover agents encouraged.

Many of these operations were also being conducted in so-called “safe zones” near schools and churches in an attempt to bring about more serious charges against those involved.

The operations resulted in about $35,000 in ATF merchandise being stolen, including a fully-automatic machine gun which has yet to be recovered.

The ATF did not respond to the Times’ request for comment Thursday morning.