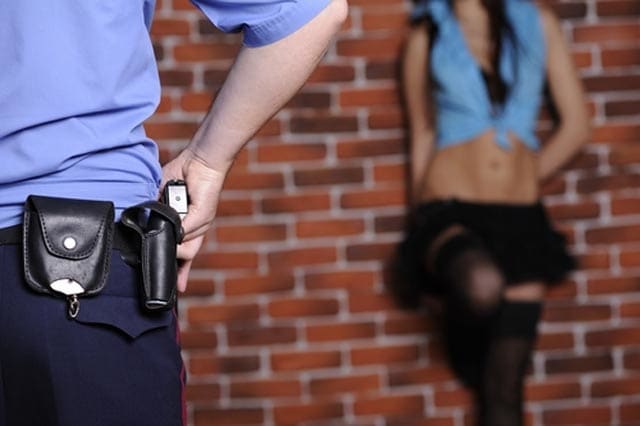 Hawaii police are defending a law that permits law enforcement officers to “sexually penetrate” prostitutes prior to arresting them.

Hawaii police are defending a law that legally permits law enforcement officers to “sexually penetrate” prostitutes before arresting them.

The law came under scrutiny last month after lawmakers began discussing how to better strengthen the island-state’s anti-prostitution statutes. Lawmakers are debating whether or not to keep the exemption — preserving the law — in House Bill 1926, the LA Times reports.

While the Honolulu Police Department believes law enforcement officers need the flexibility to have sex with prostitutes, civil rights groups say that position is highly problematic and could lead to officers abusing their power.

The Honolulu Police Department claims the exemption helps their officers make arrests, and that without it prostitutes will engage in “cop checking,” or requiring that sex takes place before being paid. But the Pacific Alliance to Stop Slavery argues that police officers from every other U.S. state manage to arrest prostitutes without “sexual penetration.”

“We are near certain that no other state in the nation allows for this type of ‘interpersonal’ and highly problematic ‘investigative tool’ to facilitate prostitution arrests,” PASS said. “Other states such as Illinois, California, New York, Washington, D.C., Texas, and Georgia – states with high rates of sex trafficking and prostitution – do not allow sexual penetration to be used by law enforcement during prostitution investigations yet have no problem completing successful investigation and arrests.”

The state Senate’s Judiciary Committee will vote Friday to amend HB 1926. The proposed amendment excludes officers from “sexual penetration” with prostitutes, but will still allow for touching.