Illinois shooters searching for ranges since arrival of concealed carry 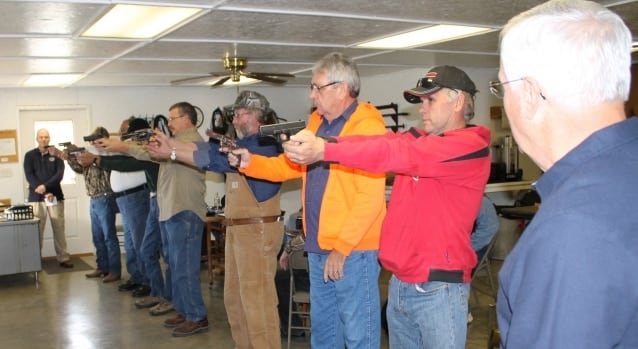 Shooting ranges in the Land of Lincoln have proved to be in short supply since the enactment of the state’s shall-issue concealed carry law last year, according to local media outlets.

Following a mandate from a federal court in December 2012, Illinois became the last state in the nation to adopt a framework for legal concealed carry laws.

In doing so, the state adopted some of the strictest requirements in the country, including an extensive application process, $150 in fees, and at least 16 hours of required training before approved residents can carry concealed.

This last part has produced a bottleneck because of the dearth of gun ranges across the state.

“Some facilities have had people waiting in their cars because they couldn’t get them in the building,” said Richard Pearson, executive director of the Illinois State Rifle Association.

The Illinois State Police have mailed out the first 5,000 concealed carry permits last month but has received more than 46,000 applications that are being weeded through. They expect to have as many as 300,000 applications filed within the coming year. This means that would-be gun range operators are looking now for space.

Among them is instructor Julian Perez who is trying to open a range in a 42,000 sq. ft. facility in Bloomingdale that will specialize in new shooters.

“There’s a big void for this,” Perez said, “because there’s a lot of places that are just very intimidating to women, families and the novice — somebody who wants to learn how to shoot.”

However, neighbors are penning letters to politicians and the newspaper in protest of the planned facility. They cite lower property values as well as air and noise pollution as a reason to not have a new range in their community.

Whether Perez gets his range or not remains to be seen, but what is for sure is that shooters in Illinois are popping up in numbers not seen in years.

“Shooting in general is more socially acceptable,” said Randy Potter, general manager at GAT Guns in East Dundee, IL. “It’s less taboo than it was 10 years ago. So more people are doing it, especially in these urban environments that we’re living in.”

“The pent up demand is not surprising considering that the federal courts have now forced both the State of Illinois and Chicago to respect the Second Amendment rights of its law abiding citizens to keep and bear arms for lawful purposes, and to exercise those rights at retail establishments that will now be permitted in the City of Chicago,” said Keane.

In Illinois at least, it looks as if more range time is the new normal, at least for the foreseeable future.