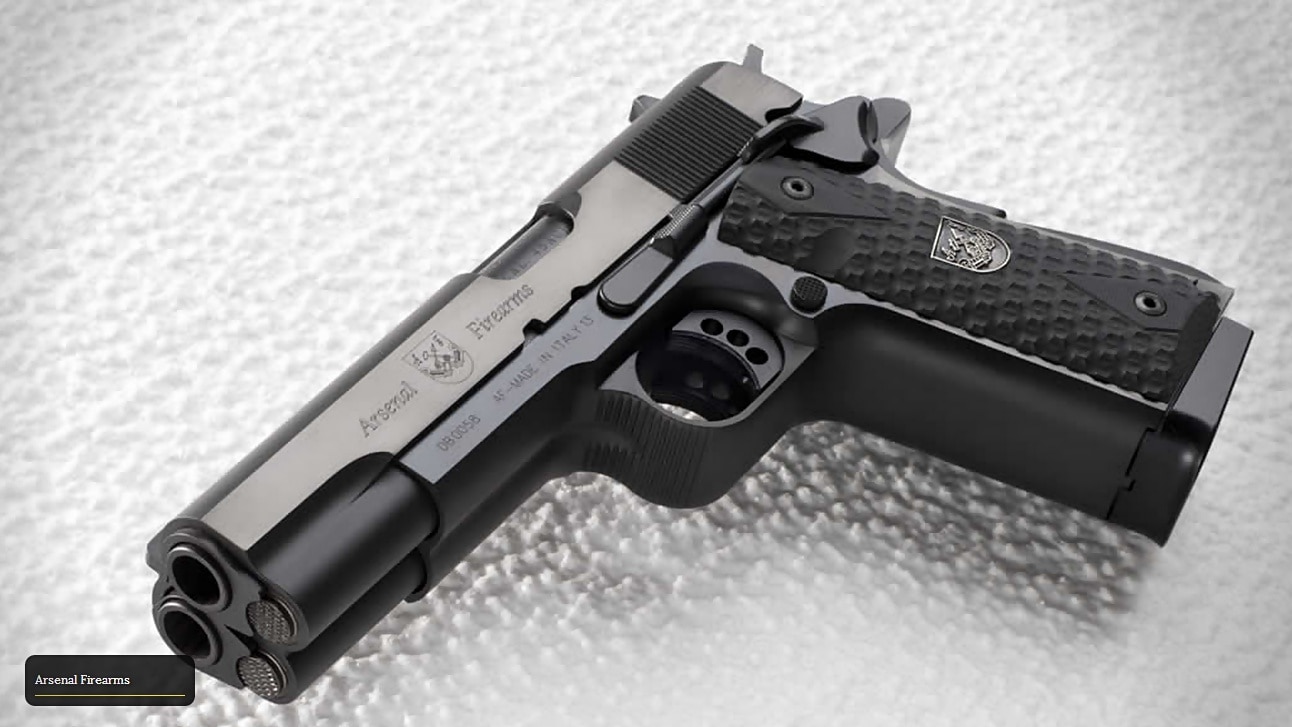 Arsenal Firearms is announcing a handful of new pistols, a special “Black Magic” edition of their AF2011-A1 Second Century double-barreled 1911 and a limited run of alloy-framed Strike One pistols in a rainbow of anodized finishes.

The Black Magic AF2011-A1 is black-on-black, with an enhanced surface finish promising improved performance in addition to sleek looks. Gone are the traditional wood grips, in there place Arsenal is fitting the Black Magic pistol with black G10 grips.

The barrels are also black thanks to a low-friction proprietary heat treating process that surface-hardens the steel. “This is an extra hard, controlled-atmosphere metallurgical hardening which leaves the barrels black and with a surface hardness higher than that of the slide,” explained Arsenal in a release.

The finish is so hard and smooth that Arsenal is saying they’re seeing a seven percent improvement in muzzle velocities over barrels without the treatment. And even though the AF2011-A1 is hardly a self-defense or even competition pistol, an improvement is still an improvement.

A range toy and conversation piece, the Black Magic edition is otherwise similar to the original AF2011-A1s, with it’s twin full-length, five-inch barrels, double-wide slide and frame and duplex magazine. The Black Magic edition will be available in the next few weeks and like the standard editions, will be offered in .45 ACP and .38 Super. 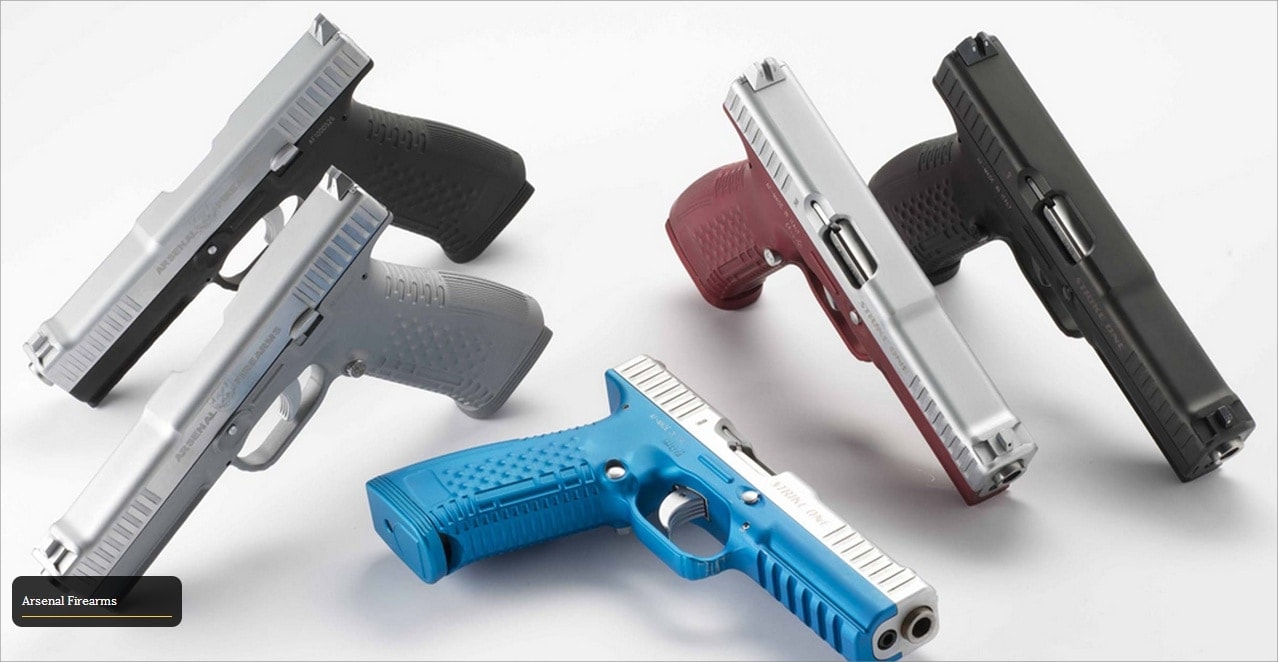 Far more practical but still flashy are these limited-edition alloy-framed Strike One pistols. Designed for police use and the practical shooting sports, Arsenal will only be making 100 of these colorful Ergal-framed handguns.

Ergal is a trade name for tempered 7075 aircraft aluminum. These pistols are slated to hit the market this spring late in five hard-anodized colors, black, bronze, grey, blue and silver. Arsenal has a few other possible colors on their website so this may not be the last run of limited-edition Strike Ones. 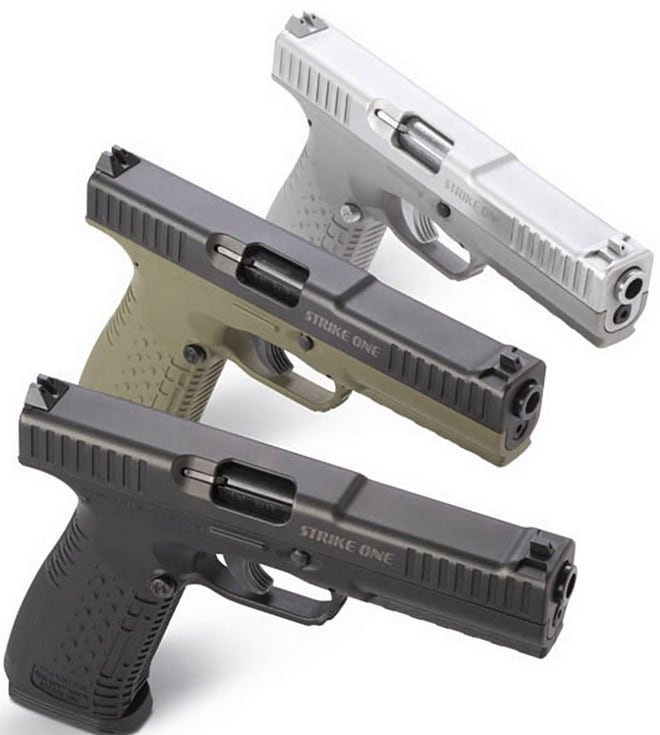 They also have specs detailed for future compact models listed, which include specifications for a compact model with an alloy frame. Standard Strike One pistols will have polymer frames.

Like many competition and duty pistols these are striker-fired, but they don’t use the almost-standard Browning tilting locking action. Instead, these guns use a falling locking block that allows the barrel to stain in-line with the slide as it cycles.

Because the barrel doesn’t need to tilt the slide is very short, and combined with a high beavertail grip, the Strike One has one of the lowest bores of any service pistol on the market. This lowers felt recoil, and combined with a relatively light slide, promises a high cycling rate.

More info and specs can be found on the Arsenal Firearms website.