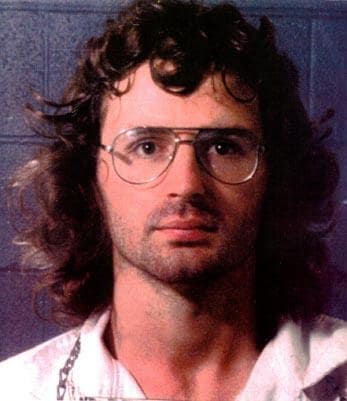 David Koresh, the deceased leader of the Branch Davidians.

On April 19, 1993, presumably the largest military force ever assembled against an American citizen was unleashed on a small religious community near Waco, Texas.

The target of this joint FBI-ATF siege was David Koresh, the charismatic leader of the Branch Davidians, a group of biblical radicals that splintered from the Davidian Seventh-day Adventists and established the Mount Carmel Center ranch in Elk, Texas.

Due to his eccentric beliefs and practices, for instance, Koresh had many “spiritual wives,” some who were as young as 14 years old, Koresh was a controversial figure who was many different things to many different people.

Outsiders, perhaps understandably, viewed Koresh as a pedophile, a huckster, a cult leader, a false prophet. Meanwhile, those closest to Koresh, his followers, saw him as someone who had a privileged access to biblical scripture, an interpreter of the word of God, a messenger of truth.

But to the government, as New Yorker contributor Malcolm Gladwell points out in his fascinating piece on the Waco siege, Koresh and his followers “were a threat.”

A threat because, as Gladwell goes on to point out, the ATF “believed that the Branch Davidians — who ran a small business selling weapons at gun shows — had converted a batch of firearms from semiautomatic to automatic without the proper permits.”

To substantiate the suspicion of illegal firearms possession and transportation, the ATF sent in an undercover agent, known as ‘Robert Gonzalez,’ to infiltrate the community. Gonzalez successfully infiltrated the compound, duping Koresh as well as the other inhabitants that he was a lost soul in need of saving, but found no evidence that the group was selling or transporting automatic weapons.

Despite the lack of evidence, the ATF attempted to raid the ranch on Feb. 28, 1993, but were rebuffed after a gunfight erupted that left four agents and six Branch Davidians dead.

“You come pointing guns in the direction of my wives and my kids, damn it. I’m going to meet you at the door every time,” said Koresh in a confessional video recorded shortly after the raid.

Thus began a protracted standoff between Koresh and the government, where federal negotiators urged Koresh and his people to lay down their arms and surrender peacefully. It lasted 51 days, before the ATF and the FBI had had enough and decided to launch a second raid on the compound.

With 12 battle tanks at the ready and a 900-man army, this time the government was not going to be denied. The tanks roared up to the compound and smashed in the walls, while agents launched approximately 400 canisters of (flammable) CS gas into the cracks and holes made by the tanks.

Shortly thereafter, the entire ranch was engulfed in flames. While there is still debate over who or what started the fire, agents for the FBI and ATF claimed that members of the Davidians started the blaze, others suggest that the combination of CS gas in a candle-lit compound was the cause, the result was devastating: Koresh and 73 Davidians were killed, including 25 children.

From Gladwell’s perspective, this tragedy was due, in part, because the government failed to understand or take seriously the group’s beliefs and practices. Gladwell cites religious scholar Nancy Ammerman, who interviewed the negotiators that spoke with Koresh over those 51 days and wrote an essay on the event entitled, “Armageddon in Waco.”

“For these men [negotiators], David Koresh was a sociopath, and his followers were hostages. Religion was a convenient cover for Koresh’s desire to control his followers and monopolize all the rewards for himself,” Ammerman observed.

It’s difficult to argue against the idea that the government’s prejudice against the group as well as its inability to communicate effectively with Koresh were primary motivating factors in its decision to ultimately seize control of the ranch. Though, not to be overlooked, is the fact that initially Koresh and his followers were, evidently, lawfully exercising their Second Amendment rights but were nonetheless deemed to be a threat.

Consequently, it would seem that gun ownership and perceived zealotry or extremism can prove to be a lethal combination. One can argue that gun owners with mainstream thoughts and belief systems are already on the government’s radar because, well, they’re armed. But those gun owners who hold beliefs outside the norm, those considered to be radical, are even a bigger target for government surveillance and intrusion.

It’s often said that a society or government should be judge on how it treats its weakest members, those who are on the fringe of mainstream, those who are disadvantaged. If that’s true, then one can argue that the U.S. government has failed that test time and time again, e.g. slavery, segregation, Jim Crow, Japanese internment camps, etc.

Though, the very notion that government is fallible and, at times, tyrannical is not a new one. The founding fathers were keenly aware that government is, at its best, a necessary evil, which is why they included the Second Amendment to the Constitution.

The Branch Davidians were a marginalized group with a controversial leader. They were also gun owners who believed in the right to keep and bear arms for self-defense against government tyranny. One can argue that the U.S. government not only failed to protect their individual and religious freedom, but unfairly targeted them for having the means and capacity to protect and defend their way of life.