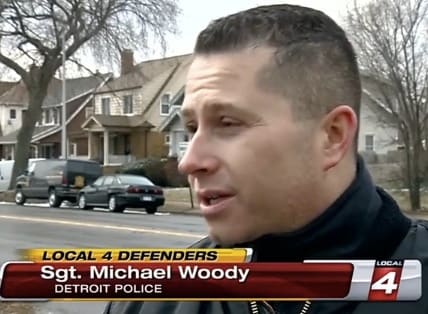 A Detroit man fatally shot two suspected burglars on the city’s northwest side while the men were attempting to break into his house around 10:30 a.m on Tuesday.

Upon hearing a noise near the side window, the homeowner grabbed his handgun and went outside to investigate, according to Detroit Police Sgt. Michael Woody.

The suspects, who were in their 20s, got into an altercation with the homeowner, during which the homeowner, a concealed carry permit holder, drew his gun and fatally shot the two men.

Sgt. Woody told The Detroit News that the details of the shooting have been sent to the Wayne County Prosecutor’s Office where they will be reviewed to determine whether the shooting was justified.

He added that police responded to an attempted break-in at the same home on Friday.

This latest incident would mark the tenth fatal self-defense shooting by a law-abiding gun owner this year, provided the prosecutor’s office opts not to press charges against the homeowner.

“Detroiters have had it,” explained Sgt. Woody to Fox 2 News. “Chief Craig has often said good Americans that are legally in possession of firearms are defending their homes, and they have the right to do that, and we stand behind them in doing so.”

Indeed. Detroit Police Chief James Craig has been vocal about his support for law-abiding gun owners carry concealed firearms for self-defense both at home and around the city.

“People who are faced with a dangerous situation are taking matters into their own hands,” Craig told The Detroit News in January. “We’re not advocating violence; we’re advocates of not being victims. We’re advocates of self-protection. We want people to be safe.

“This should be a message to those who continue to perpetuate violence on Detroiters that enough is enough. You’ve got to be concerned about good Detroiters who aren’t going to stand for it,” Craig added. “Detroiters are fed up and they are taking action.”