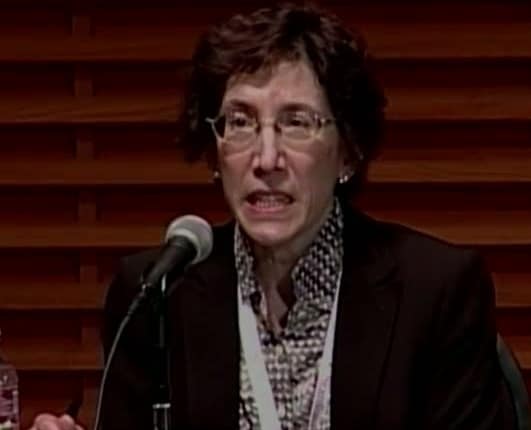 Federal Judge Sandra S. Ikuta wrote that the Second Amendment, “does not explicitly protect ammunition,” in a decison this week. (Photo credit CSPAN)

The U.S. Ninth Circuit Court of Appeals affirmed San Francisco’s tough gun control laws Tuesday, ruling that they fall within the scope of the 2nd Amendment.

At question was the city’s requirement to lock up firearms and ban the sales of hollow-point ammunition.

“San Francisco’s regulations do not destroy the Second Amendment right,” wrote Judge Sandra S. Ikuta for the three-judge panel in a 35-page decision filed Tuesday.  The other judges on the panel were Dorothy W. Nelson, and Milan D. Smith, Jr., who concurred with Ikuta. Two of the judges were Bush appointees while the third, Nelson, was a Carter appointee.

The case, Jackson v. San Francisco, has been winding its way through federal courts since 2009. It challenged the City and County of San Francisco over local laws implemented in 2007 that compelled gun owners to secure guns either locked inside a container or disabled with a trigger lock.

Further, it took exception with the blanket ban on selling ammunition with “no sporting purpose,” which in effect took self-defense-based rounds off the local shelves. Plaintiffs in the case included Espanola Jackson, the National Rifle Association, and the San Francisco Veteran Police Officer’s Association.

Concerning the locking requirements, the court stated that, while the law, “burdened the Second Amendment because storage regulations were not part of a long historical tradition,” they were “not a substantial burden on the Second Amendment right itself because it did not prevent an individual from possessing a firearm in the home.” 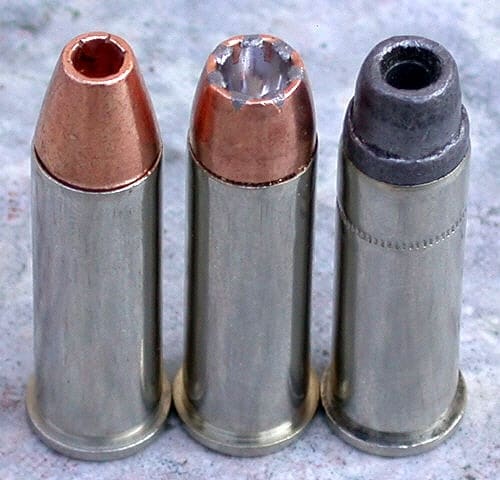 The 2007 San Fransisco laws forbid the sale or transfer of hollow-point ammunition in the city or county.

On the subject of self-defense ammunition, the court again stated that while the requirement, “may burden the core of the Second Amendment right of self-defense,” it was a, “reasonable fit to achieve [San Francisco’s] goal of reducing the lethality of ammunition.”

“There is confusion and inconsistency about the appropriate standard to use when evaluating Second Amendment challenges among courts across the country and within the Ninth Circuit court itself,” Chuck Michel, Senior Partner at Michel & Associates and West Coast Counsel for the National Rifle Association said to Guns.com Tuesday.

Michel is the primary counsel in Jackson v. San Francisco.

“The courts are all over the wrong map,” explained Michel. “The state has an interest in keeping people from getting shot, and the people have an interest in shooting bad guys before they get to them, so what’s the severity of the burden on the Second Amendment versus the nature of the interests that the government is trying to protect?”

“What the courts are doing is bending over backwards to minimize the characterization of the burden on the individual,” he continued.  “In the San Francisco case the government is saying, ‘well we can say that you can’t have self-defense ammo because you can still shoot the bad guy with ammo that’s not designed for self-defense.’ That kind of thinking just flies in the face of what the Supreme Court said the Second Amendment was all about in the Heller case.”

The 2008 Heller case, in which Dick Heller challenged the District of Columbia’s draconian firearms laws, found that the Second Amendment protects an individual’s right to possess a firearm for traditionally lawful purposes, such as self-defense within the home.

Jackson v San Francisco is not finished, however. Michel advised Guns.com that he will be seeking en banc review of the case by the 9th Circuit.

“This case provides a perfect vehicle for these important issues to be resolved, either by the Ninth Circuit en banc or by the Supreme Court, and we will seek review immediately. We are hopeful that the Supreme Court will clarify that it meant what it said in its decisions from 2008 and 2010 — that the Second Amendment is not a second class constitutional right,” said Michel.

“The fight is not over.”