A man spent 15 years in a Bridgeton, New Jersey, prison for robbing a shoe store. He was finally released Friday and the next day he returned to the same shoe store and robbed it again.

In 1999, then 25-year-old Christopher Miller robbed a children’s shoe store called Stride Rite at knifepoint. He forced the lone employee to the back of the store, tied her up and fled when a second employee entered. He was arrested and sentenced to 15 years in prison and one day after being released, he took a bus back to the same store and repeated history, NBC reports.

When Miller walked through the doors for the second time, the manager on duty, who was the victim during the first robbery, instantly recognized him. 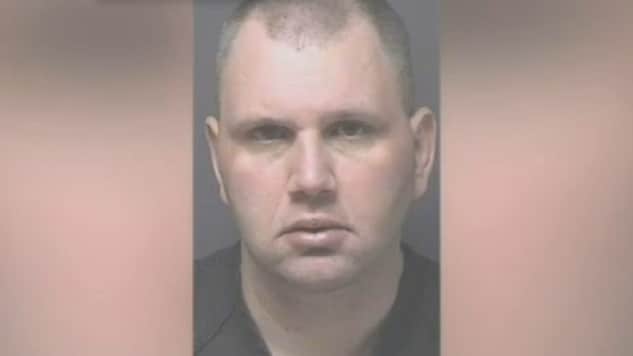 Christopher Miller served 15 years in prison for robbing a shoe store, then robbed the same store again one day after he was released.

“I knew who he was right away,” said the 43-year-old worker. “I just think [he came back] because he didn’t get anything the last time.”

But Toms River Police Chief Mitchell Little thinks the robbery had less to do with taking cash, and more to do with familiarity.

“Maybe that’s the only life he knows, and the only thing he could think of was going back to the same store and doing the same crime again – getting caught and going back where he was taken care of and told what to do and getting meals and shelter and everything else,” Mitchell said.

Miller made off with $386 and several cell phones. He was unarmed this time around and when he tried to force the employees to the back of the store again, they refused.

Police picked Miller up several blocks from the Stride Rite and recovered the cash from a nearby gutter and the cellphones from a garbage can. Miller was arrested and charged with robbery and is being held at the Ocean County Jail on a $100,000 bail.