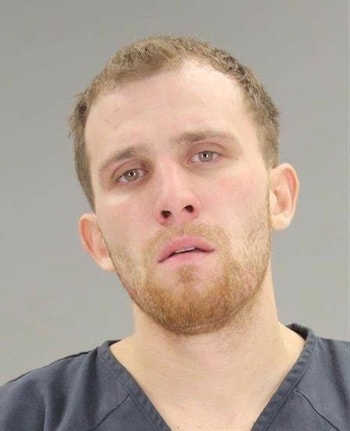 A violent, syringe-wielding shoplifter was stopped, in part, by a law-abiding concealed carry permit holder on Monday evening near Detroit, according to local media reports.

Joshua Joseph Silva, a 26 year old with at least one previous drug-related arrest, attempted to steal a $179 power drill from Home Depot on Monday night in Roseville, Michigan.

However, the home improvement retail store’s loss prevention agents quickly confronted Silva and presumably demanded that he turn over the merchandise.

Silva refused to comply and began fighting with the security guards. During the fight, Silva pulled out contaminated syringes from his coat and began stabbing one of the guards.

It was at this point that an armed citizen, with a concealed carry permit, noticed the brutal altercation and intervened.

“The fight was so violent that a passerby citizen who has a CPL license, pulled his gun and drew down on the suspect because he thought the suspect was going to kill one of the loss prevention officers,” said Roseville Police Chief James Berlin.

With a gun pointed in his direction, Silva ceased attacking the loss prevention agents.

“Faced with the threat of deadly force, the suspect stopped fighting and complied with the order, dropping the syringe and taking a seat on the parking lot,” police said in a statement.

Though, when Silva heard the police sirens approaching, he got up off the pavement and bolted away from the armed citizen and the security guards.

Silva didn’t get too far. Police caught him, cuffed him and took him to jail.

Meanwhile, Berlin said that one loss prevention agent was stabbed at least five times with the used needle. He was treated and released from a local hospital.

The Michigan State Police Crime Lab has plans on testing the syringes for communicable diseases. Additionally, investigators will also test Silva to see if he has any diseases.

The good Samaritan, with the concealed carry permit, who chose to remain anonymous, will be put in for a citizen’s citation, police said.