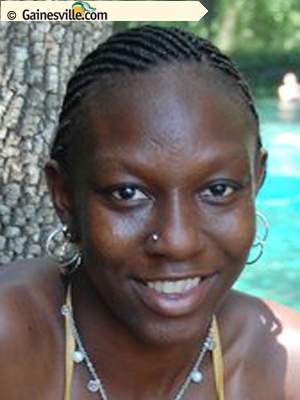 A Florida man shot and killed a suspected female intruder early Wednesday morning, raising questions about whether the fatal shooting was self-defense or homicide.

Joseph McGuire, 64, of Archer, Florida, fatally shot 26-year-old Latreese Monroe on Wednesday around 2 a.m. after Monroe had kicked in the man’s front door, according to an Alachua County Sheriff’s Office report.

Following the shooting, McGuire called 911 to report the incident.

When police arrived on the scene, they discovered Monroe on the ground with a gunshot wound to her torso. She was partially in the home near the busted door, according to the report.

Paramedics transported Monroe to UF Health Shands Hospital where she later died from her wounds.

Meanwhile, Police took McGuire into custody for questioning. He was released on Thursday. No charges have been filed but police are continuing their investigation.

Additionally, the State Attorney’s Office will review the case and see if any action should be taken, spokesperson Darry Lloyd told The Gainesville Sun.

Public records show that McGuire has been arrested on charges of aggravated battery.

Those close with Monroe claim that she knew McGuire for almost a year.

“I told her not to go back to his house because he was going to end up killing her,” said Annie Monroe, the victim’s mother, who told her daughter to stop seeing McGuire.

Relative Sarah Brannon also said that Monroe and McGuire knew one another and that she was a drug addict who was trying to get her life back together so that she could reunite with her three boys, ages 6, 4, and 22 months who all currently live with her parents.

“That man knew who was knocking on that door,” Brannon told the Gainesville Sun.

Aside from family, neighbors in the area said that they had seen Monroe visiting McGuire’s house. Currently, the nature and extent of their relationship is unknown.