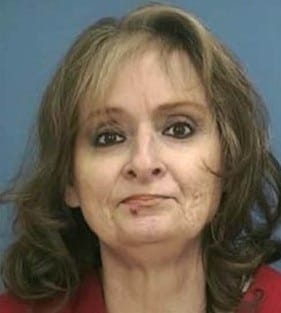 Michelle Byrom has been sentenced to death for the 1999 shooting murder of her late husband.

A Mississippi woman has been sentenced to death and was scheduled to be executed last Thursday for the 1999 shooting murder of her husband that her son confessed to.

Michelle Byrom, 56, her son Edward Byrom Jr., and his friend Joey Gillis, were all charged in a murder-for-hire conspiracy against the late Edward Byrom Sr. The facts of the case remain somewhat controversial but what is known for certain is that on June, 4, 1999, the elder Byrom was fatally shot as he lie in his own bed. All three were indicted for the murder and though the son confessed to the crime, Michelle was the only one of the three that was given the death sentence, The Atlantic reports.

It was originally believed the mother conspired with her son to hire Gillis to murder the elder Bryom, but many of the facts point to the son having pulled the trigger.

Gillis was found to not have any gunshot residue on his hands after the crime, and the son confessed to Chris Lott, his court-appointed psychologist, and in a written letter to his mother, that he was the one responsible.

Michelle, who has been said to be mentally ill from having been abused nearly her entire life, including being serially beaten by her late husband, also confessed to the murder but did so while heavily medicated and amidst questions about her mental instability.

According to CNN, Byrom Jr. testified on the stand against his mother, stating she paid Gillis $15,000 to kill the elder Byrom. However, his dealings with Lott behind closed doors revealed another story that exonerated her. This version lined up with Gillis’ and claimed Byrom Jr., filled with rage after years of physical and mental abuse from his father, snuck into the elder Byrom’s room and shot him as he slept. Byrom Jr. then drove to town and passed the gun off to his friend Gillis, who hid it for him.

A pre-trial letter written by Byrom Jr. to his mother reads in part:

“I sit in my room for a good 1 ½-2 hours, and dad comes in my room, and goes off on me, calling me bastard, nogood, mistake and telling me I’m inconciderate, and just care about my self, and he slaps me, then goes back to his room. As I sat on my bed, tears of rage flowing, remembering my childhood, my anger kept building and building, and I went to my car, got the 9mm., and walked to his room, peeked in, and he was asleep. I walked about 2 steps in the door, and screamed, and shut my eyes, when I heard him move, I started firing. [sic]”

“When I opened my eyes again, I freaked! I grabbed what cassings (sic) I saw, and threw them into the bushes, grabbed the gun, and went to town. I saw Joey, told him to hide the gun, and he said he’d take it to his spot, which I knew from when I’d sell him stuff, and went and told mom that dad was dead, and before her terry eyes could let loose I ran out of the hospital, and headed for the house, I was so confused. [sic] “

Though Byrom Jr. verbally confessed to killing the elder Byrom to Lott and in a written letter to his mother, the jury was never made privy to that information.

Lott privately told the trial judge that Byrom Jr. had admitted to the murder but failed to include the same information in his official report to the court, so Michelle’s defense never knew about it. And since Michelle’s defense didn’t call any witnesses to the stand to testify on her behalf, Lott wasn’t able to tell the jury about Byrom Jr.’s confession. 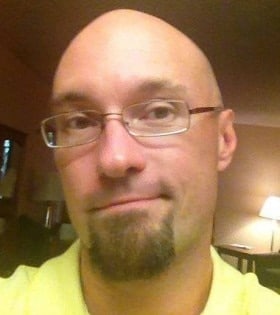 Edward Byrom Jr., who was also charged for the murder, admitted to the crime, but the jury was never made aware of his confession.

The jury also never had the chance to see the confession letter Byrom Jr. wrote to his mother. The judge withheld it from the jury under the pretense Michelle’s attorneys didn’t present the evidence to the state in a timely manner.

Some believe the case is representative of shoddy legal work and a broken system, but regardless of Michelle’s innocence or guilt, if her sentence is carried out she will be the first woman to have been executed in the state of Mississippi in the last 70 years.

In the end, Byrom Jr. testified against his mother in exchange for a lesser sentence and has since been released from prison. Gillis never testified in court but confessed to his court-appointed psychologist that Byrom Jr. was the trigger man. Gillis plead guilty to conspiracy to commit murder and accessory after the fact and was released from prison in 2009, says The Huffington Post.

Michelle remains behind bars and was scheduled to be executed last Thursday at old Parchman Farm, home of the Mississippi state penitentiary. However, the Supreme Court denied the motion and has yet to set a new date.