New poll: Americans feel safer with guns in the home by 2-1 margin

A new poll conducted this month shows that only 20 percent of Americans would feel less safe with a gun in the home.

The poll was conducted following passage of a controversial Georgia firearms law that would allow increased concealed carry in places formerly off limits as well as expansive gun rights laws in more than twenty states in the past year.

The data is part of a survey done last week by the market research firm Economist/YouGov. The nationwide survey of a thousand adults was conducted from March 22-24 and has a margin of error of 3.9 percentage points

Pollsters asked respondents, “Do you think you would feel more safe or less safe with a gun in your house?” To which 42 percent answered, “yes,” while just 20 percent answered, “no.” This result was nearly the same across ethnic lines and gender lines, but saw a wider divide amongst political affiliation with 33 percent of Democrat respondents feeling they would be less safe while 59 percent of Republicans stated they would be more safe. 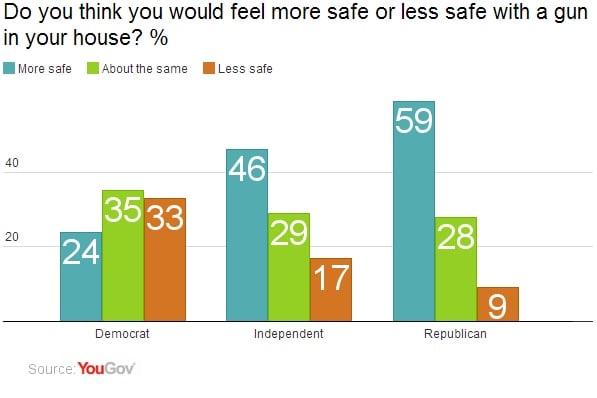 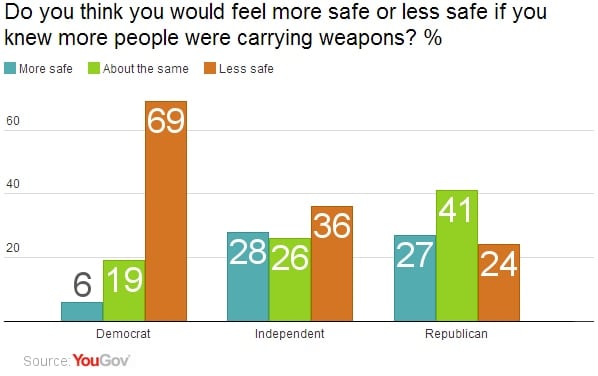 Other questions asked in the poll included ones about firearms experience, to which some 63 percent answered that they had fired a gun before, as well as gun ownership, with some 40 percent of homes responding that they contained a firearm.

The results of this poll would seem to reinforce and earlier YouGov poll from January that also found that two in five US homes have a firearm.

These two recent polls come as a direct rebuttal to a study held up by the New York Times last spring that maintained there has been a four-decade decline in gun ownership. That study, was widely debunked by many, including Billy Johnson with NRA News who held that it used “blatantly misleading” statistics for the sake of a gun control argument.