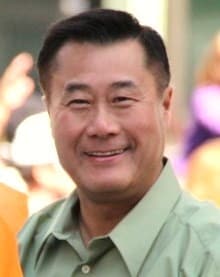 The arrest of California state Sen. Leland Yee on charges related to gun trafficking, among others, including bribery and fraud, sent shockwaves throughout the pro-gun control community because the Democratic lawmaker representing San Francisco was a staunch proponent of placing limits on one’s Second Amendment rights to keep and bear arms.

For many, Sen. Yee was more than just a rank and file member of the movement, but a leader and clarion voice for tougher gun laws.

“Ironically, while he’s being charged with gun trafficking, next to (U.S. Sen.) Dianne Feinstein he was probably the second most outspoken gun control advocate,” explained Paul Song, the executive chairman of Courage Campaign, a gun-control advocacy group, to The Associated Press. “This really leaves us scrambling for someone to pick up that mantle.”

“If it wasn’t so sad it would be comical,” Song continued. “But what we’re really worried about is that this will further destroy the momentum for gun control here in California.”

Throughout his career in the Senate, Yee authored and sponsored several gun control bills, most notably, one that would have banned bullet buttons (which are used by gun owners to satisfy the state law mandating that all magazines must be affixed to a modern sporting rifle and not readily detachable) and another bill that would have banned 3-D printed guns.

In August of 2012, Yee released a statement expressing his dismay when his bullet-button ban fell by the wayside in the face of a groundswell of opposition from gun-rights activists.

“I am deeply disappointed that the bill is being held by the Appropriations Committee,” Yee said in the statement released by his chief of staff Adam Keigwin. “My greatest fear is that another senseless act of violence will happen before the loophole is closed.”

Meanwhile, that same Yee who was worried about “another senseless act of violence” was also allegedly facilitating an international gun-trafficking deal with “mobile, light and powerful” weapons,” i.e. shoulder-fired missiles and rocket launchers, with an undercover FBI agent.

For many, particularly those within the gun community, this is the pinnacle of hypocrisy.

“If these allegations are true,” said Citizens Committee for the Right to Keep and Bear Arms chairman Alan Gottlieb, “Sen. Yee is easily the biggest hypocrite on gun control to walk the halls of the capitol in Sacramento, if not the entire United States.”

But as big of a bonus as it is for gun-rights advocacy groups, a high-profile gun control legislator getting busted for attempting to run guns, the question remains on whether his arrest will have a negative impact the larger gun-control movement over the long run.

“No. Nor should it,” said Ladd Everitt, communications director, for the Coalition to Stop Gun Violence in an email to Guns.com. “If the allegations are true, Yee betrayed the trust of many good people in his state; in particular the many gun violence victims and survivors he worked with.”

“They bear no responsibility for his actions,” argued Everitt, who also pointed out that if the allegations are true than Yee should be “prosecuted to the fullest extent of the law.”

Likewise, Amanda Wilcox, an activist for the Brady Campaign to Prevent Gun Violence, also suggested that the misdeeds of one man should not stain the rest of the movement or the so-called legislative progress that’s been made to limit gun ownership.

“I feel very dismayed and upset,” said Wilcox told The AP. But, “his actions don’t make what is good policy any less good policy.”

Guns.com also reached out to Moms Demand Action for Gun Sense in America, which at the beginning of the year merged with billionaire Michael Bloomberg’s group, Mayors Against Illegal Guns, for comment. A spokesperson declined to comment on Yee or speculate as to how his arrest will effect their agenda.

What are your thoughts? Is Yee just a bad apple in the bunch or a sign of a larger, systemic issue within the pro-gun control movement?