In an unprecedented move, the Brady Center to Prevent Handgun Violence has rescinded a Visionary Award given to former CNN talk host Piers Morgan after handgun sales spiked in the two years since he was honored.

The move comes on the heels of last week’s final episode of CNN’s Piers Morgan Live, which the cable news network pulled the plug on after three years amid slumping ratings. Morgan, a former British tabloid editor, became famous for his on-air tirades against American gun laws and the National Rifle Association. 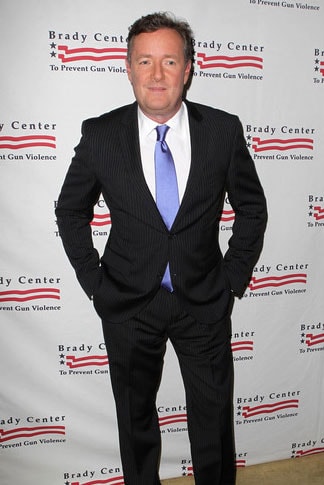 “We thought Piers Morgan would be a worthy recipient of our Visionary Award given his fervent passion for gun control,” Brady Center President Dan Gross said of his decision to take the award back. “But in reality he had the opposite effect. Within two years of honoring him, handgun sales skyrocketed across the county. I guess people find him grating or something and purchased guns just to spite him.”

National Shooting Sports Foundation statistics indicate firearm sales have significantly increased in the two years since Morgan was recognized by the Brady Center.

Even gun control advocates found themselves purchasing handguns once they heard Morgan open his mouth.

Environmental science professor Julia Wilson said she has never been a big fan of guns, but decided she’d get one after listening to Morgan call Americans weak and cowardly for not standing up to the NRA.

“Yeah, it’s weird,” Wilson said. “I’ve always been pro gun-control but when I heard Piers Morgan on television saying we’ll all mindless barbarians too afraid of the NRA, I thought, ‘you know what? This guy is annoying.’ I don’t know, something inside me said ‘screw that twit, I’m buying a gun.’ And that’s what I did. It was really out of character.”

Wilson isn’t the only person Morgan’s gun control spiel had the opposite effect on. 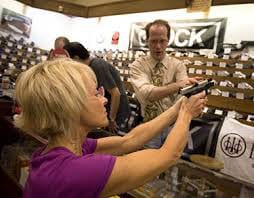 John Schneider, a D.C.-area civil rights lawyer, said he didn’t have an opinion on handguns until he heard Morgan stump on television.

“I was watching a game and next thing I know Piers Morgan is on TV telling me I need to donate money to the Brady Campaign or I’m just a drone easily manipulated by the gun lobby,” Schneider said. “It was really condescending. After that I went out and bought one gun for me and one for my wife. We’ll probably never even buy ammunition for them. I just had a strong desire to buy a gun after listening to that guy whine and berate me.”

Gross said the Brady Center will find a new advocate to retroactively honor, one who hopefully isn’t so off-putting that his demeanor compels people to buy more guns even though he’s telling them not to.

Reached for comment, Morgan, the subject of an online campaign to have him deported, said he’s had enough and is going back to London to work on the next season of Britain’s Got Talent where people respect him.