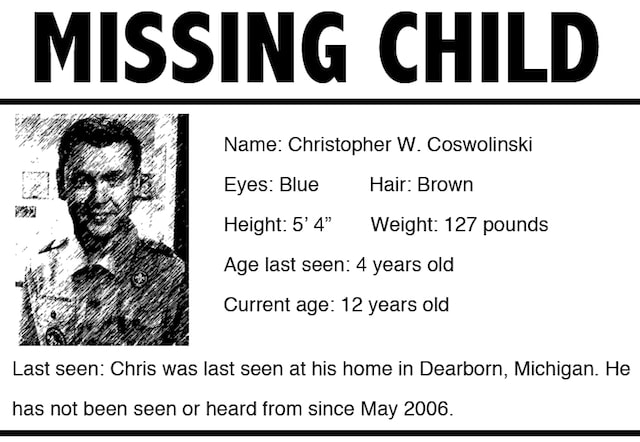 With news erupting today that social media guru N. Stephanie Spika would be replacing Wayne LaPierre as the National Rifle Association’s executive vice president, questions where left unanswered about why prominent NRA-ILA lobbyist Chris W. Cox was passed over for the promotion.

In fact, while many within the gun-rights organization appeared happy to see Spika take on the new leadership role, there was at least one critic who voiced displeasure with the change.

“Cox [Chris W. Cox, the NRA’s chief lobbyist] should have got the nod to replace LaPierre,” said an anonymous NRA source. “He was the number two and the rightful heir apparent.”

When asked why Cox wasn’t considered for the position, the source said that there was an issue that popped up during his NRA background check and employee review that was previously overlooked.

When pressed to elaborate on what that issue was, the NRA insider said the Chris W. Cox “is not who he says he is.” As it turns out, Chris W. Cox is really Christopher W. Coswolinski, a 12-year-old runaway from Dearborn, Michigan.

According to relatives, Coswolinski ran away from home at the age of four in May of 2006 after an intense argument with his parents over a rectangularly-sliced grilled cheese sandwich.

“Christopher always had a tumultuous relationship with his family members. He didn’t really like parental authority and he was very particular about the way his lunch was served,” explained the relative.

“He demanded that his chocolate milk be served at a cool 41 degrees Fahrenheit, that his napkin be made of cloth and not paper, and that his sandwich had to be sliced diagonally into triangles with the crust neatly shorn off,” the relative continued.

Well, on May 10, 2006, his mother made the mistake of slicing his sandwich into dreaded rectangles, which proved to be the straw that broke the camel’s back. Without warning, Christopher Coswolinski stormed out of his parent’s home.

Initially, his parents thought that this was just “Christopher being Christopher,” and that he would come to his senses and return, but he did not. As the days went on, his parents released fliers around the neighborhood to alert the community that Chris was missing.

We know now where young Coswolinski ended up: on Capitol Hill where he took up a job with the NRA and redefined himself as Chris W. Cox.

Many question how a toddler around four years of age could blend in with the denizens of D.C., but according to one lawmaker the precocious youngster fit right in.

“To be honest, no one ever questioned his age. He always had a baby face,” said one high-profile conservative Republican who chose to speak on the condition of anonymity.

“Not to mention that Chris, or ‘Coxy’ as we called him, had a knack for Washington lingo,” said the lawmaker. “He just knew how to speak our language; I mean he really knew his shapes, his colors and his numbers!”

“Coxy was lightyears ahead of all of us; he was brilliant, just brilliant,” added the lawmaker.

The future for Chris Cox or Christopher Coswolinski is now uncertain, at least in terms of his career in Washington. Since being forced to return to the custody of his parents, it’s expected that the 12 year old “will not see the light of day for a very long time,” said the relative.

“His parents are pissed, really pissed,” the relative said. “They’re putting him in timeout for the foreseeable future: no TV, no Internet, no video games, no gun club activity, nothing but time alone in his room to think about his actions.”