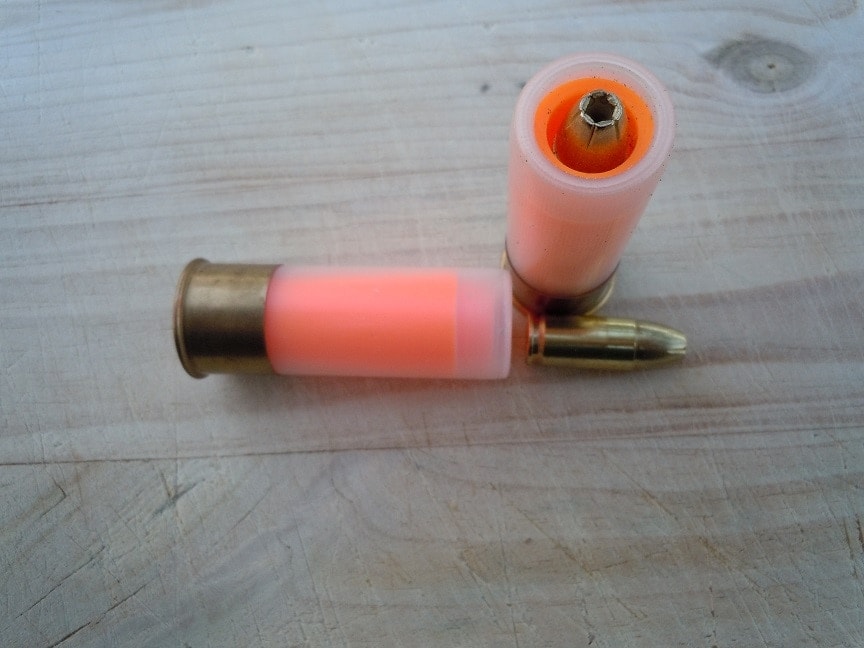 The PW Nequior handgun fits inside a frame made to the same dimensions of a 3-inch 12 gauge round. (Photo credit: Beatus April stulti)

A Texas startup has developed a reusable shotgun shell that contains its own fully functional 9mm pistol.

Located in Clairmont, Texas, just off State Highway 208, is the new up and coming company of Parabellum Worldwide, and they have a whollop of a new shotgun shell. In fact, it could be called extraordinary.

And remember, the difference between ordinary and extraordinary, as they say, is that ‘little extra.’

In PW’s case, its extra is in the form of the tiny 9mm handgun that they insert inside a 3-inch, 12 gauge size housing. Weighing in at just over 4 ounces loaded with two rounds of ammunition seated in its tubular magazine, the Nequior pistol could very well be the smallest handgun on the market.

“We wanted something that could fit in the chamber of a standard 12-gauge shotgun, so we threw out the drawing board and came up with something new,” PI’s Primary Engineer, CEO, and Office Manager Thomas Bozos told Guns.com during the tour of the facility.

The Nequior is a locked-breech blowback design without a pistol grip or sights. Made of top-of-the line polymer and produced on modern CNC process machines, it has fewer moving parts than the vaunted Glock 17. Striker-fired, its loaded through the muzzle of the shell-like gun and, once assembled, is fired when the striker is activated by the firing pin of a shotgun. Holding two rounds in its tubular magazine, the user can get two rounds off for every Nequior loaded.

“That makes your double barrel shotgun now a four-shot,” explained Bozos. To reload the reusable pistol, just eject the Nequior from the shotgun, open it, remove the spent brass and insert two more rounds. Bozos cautions that they have done exhaustive field trials with dozens of different kinds of ammunition and report that Nequior fires everything except Winchester White Box without a hiccup.

The Nequior will be sold mail order via PWs website for $49.99. While currently there are no planned sales to NY, CA, or NJ, Bozos is optimistic that he has a work-around for that. 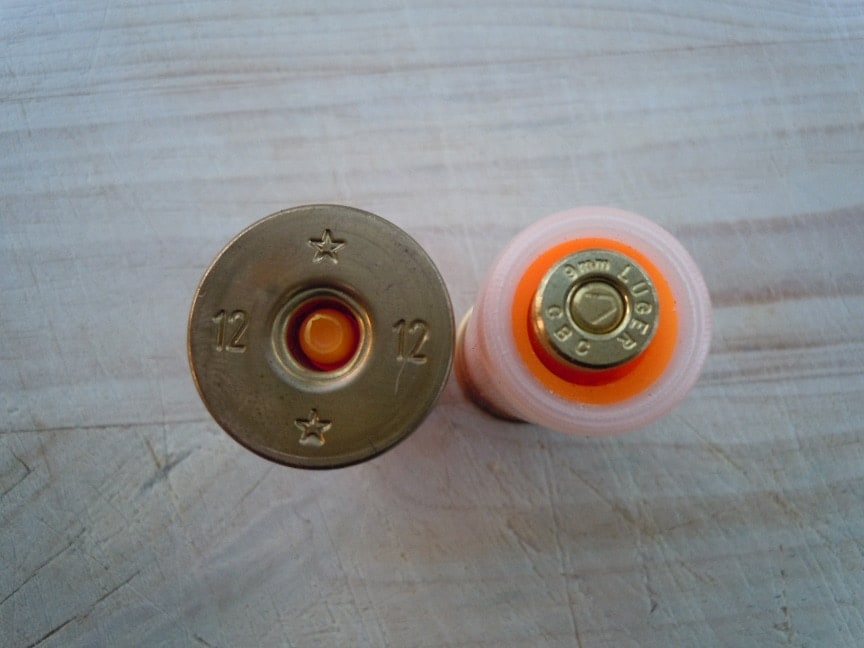 Once the breech is opened, rounds are loaded into the two-shot tubular magazine. You can see the orange striker trigger where the primer would be on a normal shotgun shell. (Photo credit: Beatus April stulti)

He explained, “We have already got a lot of good feedback from initial beta-users in the Philippines who just love the thing. They are even talking about reverse importing it to the states. We have a guy helping us with that but he hasn’t returned our calls for the past few days so hopefully we will get that worked out.”

In our visit to PIs plant and workshop, one of the engineering staff showed us how the Nequior could be fired by hand without a shotgun.

“See,” explained Zip Gunns, a PI employee, firing a well-used Nequior he produced from a zipper pocket of his Hello Kitty murse before firing it into a reactive target a few feet away. A simple tap was all that was needed to fire the pistol in an emergency.

When asked for a copy of PI’s Determination Letter from the BATFE’s Firearm Technology Division, Zip told Guns.com, “We have a guy who knows a guy who is working on that and should put something together right after the first few cases sell.”

And Guns.com will be there to cover those models as they arrive.