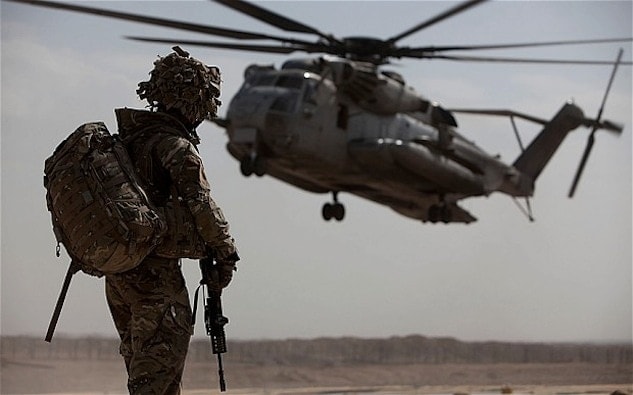 A British sniper in Afghanistan killed six Taliban insurgents with a single shot from his rifle.

The unidentified 20-year-old Lance Corporal made the 930-yard shot in Kakaran last December during a gun battle with 15 to 20 insurgents. He fired a single round from his L115A3 rifle, striking the trigger device of a suicide bomber, killing the bomber and five other nearby Taliban, Telegraph reports.

“The guy was wearing a vest. He was identified by the sniper moving down a tree line and coming up over a ditch,” said Slack. “He had a shawl on. It rose up and the sniper saw he had a machine gun. They were in contact and he was moving to a firing position. The sniper engaged him and the guy exploded. There was a pause on the radio and the sniper said, ‘I think I’ve just shot a suicide bomber.’ The rest of them were killed in the blast.”

The sniper is said to have averted mass casualties, as a second suicide bomb vest packed with 44 pounds of explosives was discovered nearby.

The same sniper earlier killed a Taliban machine-gunner from 1,465 yards. It was the first round he fired during the course of his tour.