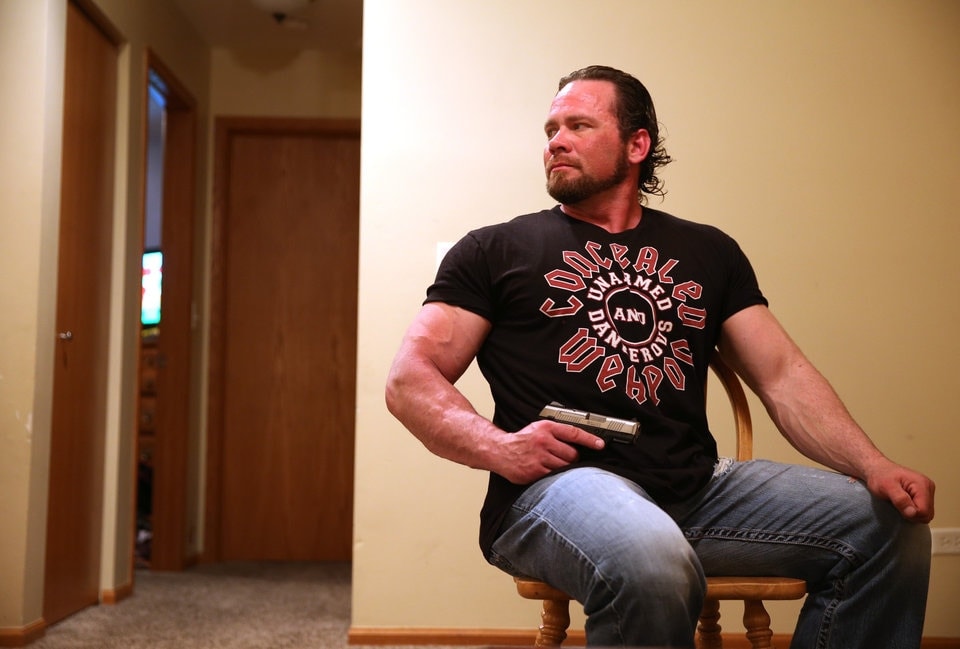 John Ambrose paid $125 for training from a state-certified instructor only to find out it did not meet the minimum requirements. (Photo credit: The Chicago Tribune)

At least 425 candidates for Illinois’s new concealed carry permits have found their applications rejected due to improper training from state certified instructors.

Since the state adopted the new concealed carry law, in which more than 60,000 have applied for permits to the Illinois State Police, an alarming amount of applications have been rejected after investigations found that students did not receive the full 16 hours of in-person training mandated by the law.

The most recent case involves a Bolingbrook firearms instructor who was found to be offering concealed carry classes with a portion being conducted online, which resulted in 327 of his students having their applications refused.

“I kind of feel like a fool,” said John Ambrose, 38, of Joliet when he learned Monday that his application had been denied due to the instructor’s teaching methods. He had paid $125 for the course and the instructor, who was at the time approved by the ISP to conduct training, had vouched for its content.

Ambrose became concerned when he learned that he wasn’t receiving one of the first 5,000 permits issued and then his fears were given substance when the State Police informed him that his training was inadequate.

Authorities have referred the matter to the Will County State’s Attorney’s Office for review.

“The public expects firearms instructors to provide a thorough understanding and solid foundation of the curriculum and practical training that meets all qualifications of the law,” said ISP Director Hiram Grau in a release Monday. “When these instructors fall short, safety is compromised and the integrity of the training process raises concerns.” 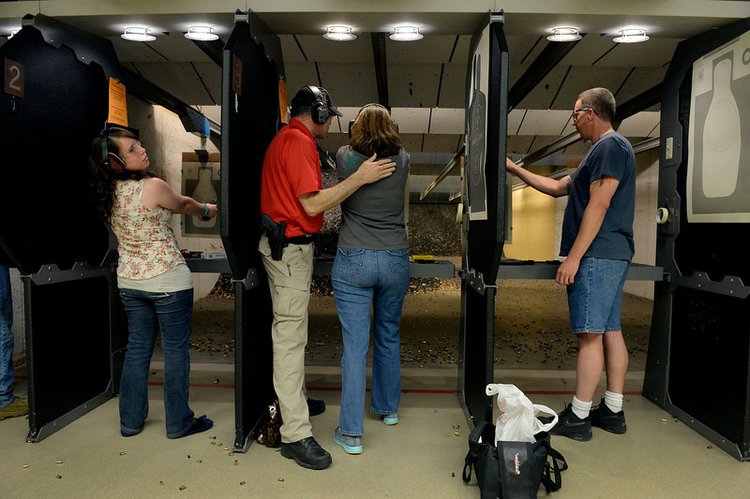 Illinois requires 16 hours of in-person training as a minimum, and many instructors who are offering portions online or not at all are finding themselves, and their students in hot water. (Photo credit: The Times Weekly)

The affected applicants will have the opportunity to take the course again with a different certified instructor and without paying another $150 application fee. They can also appeal the denial in a written petition through the State Police’s administrative review process.

This comes on the heels of two other instructors who lost their credentials in March because of an ISP investigation into complaints of improperly certifying applicants. As a result of this investigation, some 98 students who trained with these instructors did not meet the minimum hours of required training, and their applications were denied.

The Land of Lincoln is not immune to the problem of a few instructors trying to cut corners. Last year officials in Missouri were at a loss as to what to do with some 1,700 permit holders who took inadequate classes from an instructor in that state while a similar Ohio case put 600 students in jeopardy.

At least 13 concealed carry instructors have had their teaching credentials revoked in Illinois and are carried on a list at the ISP’s website for reference.

This amount only represents a small portion — less than one percent in fact — of the 2,700 certified firearms instructors currently approved by the Illinois State Police to conduct the state’s mandatory 16-hour class.

Instructors who try to cheat their students can find themselves in hot water with the State Police.

“No system is going to be 100 percent fail proof and we know that there will be individuals determined to abuse the process, said ISP Director Hiram Grau.  “Our efforts to encourage applicants to report suspicious activity or inconsistencies at every level are working and we want to remind the public that anyone caught abusing the system could potentially face state and federal fraud charges- including jail time,” he stressed.

The public can report abuses by completing the complaint form on the ISP Concealed Carry website, or by calling (217) 782-7980.