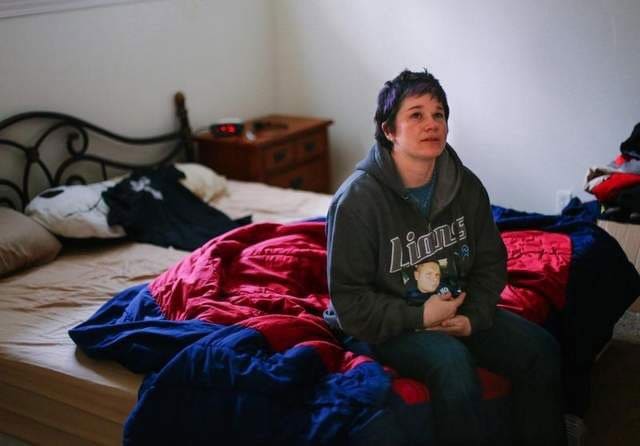 James Jewell’s girlfriend, Jennifer Jackson, was just feet from him when he took his own life, but she says that was not his intention. (Photo credit: Detroit Free Press)

The family of a deceased Detroit man is upset over the medical examiner’s ruling that the man’s death was a suicide. The family argues that he never intended to take his own life but rather was the victim of a lesson in safety gone terribly wrong.

The victim’s family says that 39-year-old James Jewell, although he had prior felony convictions, had turned his life around and was now happy and at a positive place. They are now demanding that the manner of death be changed from suicide to accident, according to a report by the Detroit Free Press.

Jewell was standing just an arm’s length away from his girlfriend of nearly four years, Jennifer Jackson, when he put a .22-caliber handgun to his head and pulled the trigger. However, Jackson claims that it was never his intent to take his own life.

“I was there. I know that’s not what he wanted to do,” Jackson said.

Nonetheless, the Oakland County Medical Examiner Ljubisa Dragovic stands behind his office’s ruling. “In forensic pathology, intent is not something that is measurable or evaluable,” he said.

Dragovic also clarified that suicide is classified as a manner of death that results from a purposeful act of one’s self, and that the evidence, which included an imprint of the muzzle on Jewell’s temple, all point to a purposeful act.

Jewell’s fateful day in February had started with the couple eating breakfast at a small diner. They discussed plans for their future, which included them wanting to travel the country in an RV.

Later that afternoon, the couple, along with Jackson’s father, relaxed while enjoying beers, shots, lunch and a few games of pool at a local bar. After the fun-filled afternoon, Jackson dropped Jewell off at their newly purchased home while she went to pick up her three children.

When she returned home, Jewell had three handguns sitting on the bed in their room. Jewell had been working late at night and wanted Jackson to keep a gun in the bedroom for protection. Yet although Jackson was a U.S. Army veteran, she readily admitted that she never felt comfortable around firearms.

“I don’t like just the uncertainty of whether or not it’s going to go off,” she explained.

That night, while Jackson’s children were in the other room, Jewell attempted to show her just how safe firearms actually are, and explained to her that “you can do all these hundreds of little actions, and nothing would happen.”

She believes that although he knew the magazine was fully loaded, he did not think there was a bullet in the chamber.

Jackson, Jewell’s family, and even the Oakland County Sheriff’s disagree with the medical examiner’s ruling that the act was a suicide. In fact, investigators didn’t find a shred of evidence to indicate that Jewell actually meant to kill himself.

“There was nothing indicative of an attempt to commit suicide,” said Oakland County Sheriff Michael Bouchard. “It was as was reported, (that) he was showing reported safety of the weapons, but, tragically, using a very, very unsafe process.”

However, authorities do believe that alcohol may have played a part in Jewell’s decision to pull the trigger of a loaded handgun while holding it to his head, although Jackson claims that Jewell was only slightly buzzed and far from drunk when the incident occurred. She recalled that he had around six to eight beers and a couple of shots, but it was about three hours prior to the incident.

However, the toxicology report revealed that Jewell had a blood alcohol level of .20, two-and-a-half times the legal limit for a DWI conviction in the state of Michigan. In addition, hydrocodone was found in Jewell’s system, which according to Jackson, he took for back pain.

Jewell’s family was even further upset when details of the incident were published by the media and Jewell became the target for online jokes.

“They’re all just assuming that he was some sloppy drunk, just running around shooting guns and being an idiot,” Jackson said. “I’m not saying what he did wasn’t foolish. But that’s not the way he was.”

“To say he ended his life intentionally is a disgrace to his name,” she added.

The Michigan Department of Community Health receives less than five requests each year to change the manner of death on a death certificate. In order to make such a change, either a certifying doctor or medical examiner must sign the request or a court order must be made. 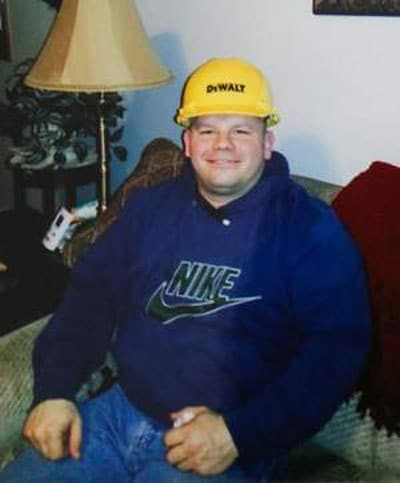 James Jewell had started a new job just days prior to the shooting incident which claimed his life. (Photo credit: Detroit Free Press)

“If there is a logical and convincing explanation about this happening in another way to justify the amendment, we’re ready to hear it,” Dragovic said.

But unfortunately, according to Dr. Greg Davis, president of the National Association of Medical Examiners, this same argument often surfaces in cases involving Russian roulette deaths.

Nonetheless, Davis agrees that such deaths are in fact suicides.

“It’s not the same as writing a lengthy note and leaving it expressing that you can’t go on living. … But the forensic pathologist way of thinking of it is, (it’s) an inherently dangerous act and you commit the act and you die of it, that is suicide,” he said. “We would say the intentional part is that someone put a gun to his head and pulled a trigger.”