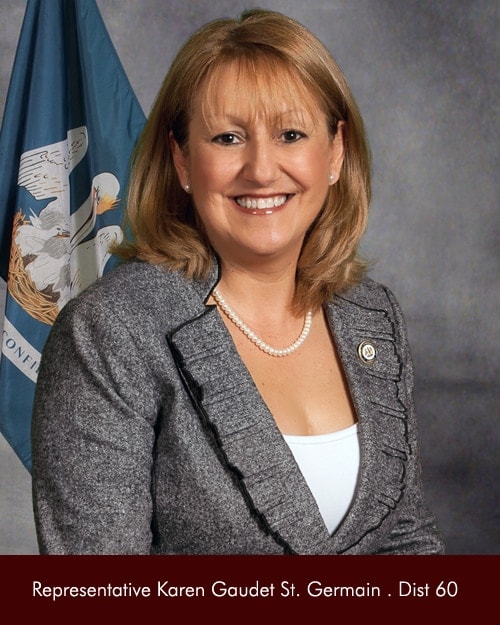 The focus of the bill is binary exploding shot indicators used in reactive targets. These compounds, most notably Tannerite, are two separate chemicals that, when mixed, creates a material that when shot by a high-velocity round will explode on contact.

The bill passed in committee Wednesday by a 10-4 vote.

“If you saw some of the videos it would scare you, what some people are doing with them. It needs to be regulated and controlled,” said a representative of the Louisiana State Police in front of the Louisiana House Committee on Administration of Criminal Justice Wednesday.

The bill, HB 160, is sponsored by Rep. Karen Gaudet St. Germain (D- Plaquemine). It proposes to reclassify compounds that used “any amount of ammonium nitrate and aluminum powder based binary explosive used primarily as a target for firearms practice” as an explosive under Louisiana state law. This would restrict its use to those licensed to handle explosives only, thus taking it off the shelves for normal gun owners. This would make possession of Tannerite or similar compounds a felony in the Pelican state.

BATFE regulations allow the two components to be legally purchased since neither is an explosive by itself.

Guns.com spoke with the man behind Tannerite to see what they had to say about HB 160.

“Their bill is ridiculous and will be exposed for what it is, sheer stupidity by ignorant people,” said Dan J. Tanner, CEO of Tannerite Sports, to Guns.com Wednesday. 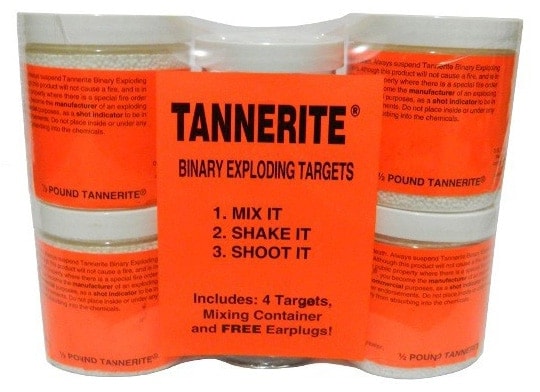 Tannerite is perfectly safe until its two compounds are mixed and has been used responsibly for more than 20 years, according to company CEO Dan Tanner. (Photo credit: Tannerite)

Tanner explained his point in detail, saying, “There’s not a single reason to mess with a stupid exploding target, when black powder is readily available to any person of any age over-the-counter.  Black powder is a ready-made explosive that is legal for sporting use– just like Tannerite. The difference is that Tannerite produces a water vapor when shot, and it’s not flame-sensitive or friction sensitive like black powder.”

He continued, “Also, Tannerite is already self-regulating because you have to be able to lawfully own a firearm in order to shoot them in the first place,” said Tanner.

Reactive target compounds have been under attack in several states. Maryland recently passed legislation that prohibited binary explosives from being purchased, used, or carried, by anyone without an explosives’ license.

Dan Tanner vows to fight the Louisiana bill the whole way, advising he has already spoken to at least one state representative about the legislation.

“One of our biggest Nationwide Distributing companies is right there in Louisiana,” explained Tanner, referring to firearms wholesaler Sports South. “We’ve been around for 20 years and we aren’t going anywhere.  We’ve proved Tannerite is safe and fun in all states.”

The next stop for HB 160 is the House floor.