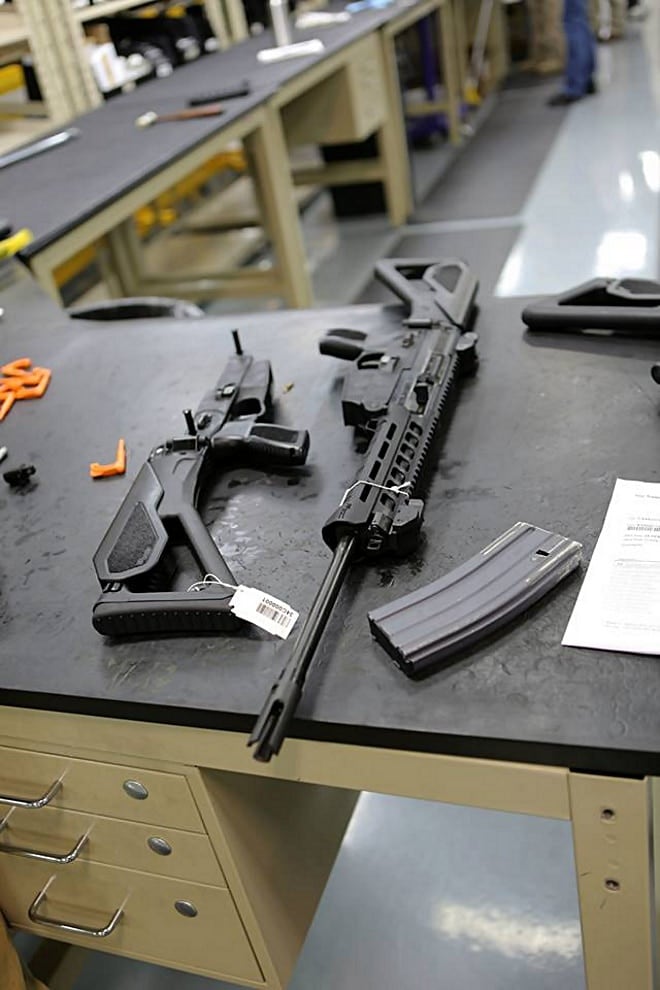 “The new SIG556xi rifle in 5.56mm is now shipping to distributors!” states SIG via Facebook.

SIG Sauer is reporting that its updated SIG 556xi piston-driven rifles and all-new P320 pistols are in production and and are currently shipping to distributors. Both families of guns were announced around SHOT Show this year and stand out among the many new SIG products for 2014.

The SIG 556xi is an overhaul of the established SIG 556 rifle, which itself is a commercial variant of the SIG 550 family of military rifles. The P320 is SIG’s first striker-fired pistol that picks up where the P250 left off. Both are modular designs that can be reconfigured with different parts and barrels to shoot multiple calibers.

The original SIG 556 is not a modular rifle. The xi models feature redesigned receivers that will allow the rifles to swap out its standard 16-inch barrel with a 5.56 NATO chamber for barrels of different lengths and calibers. Down the road SIG will offer barrel assemblies chambered for 7.62x39mm and 300 AAC Blackout. All the user will need is the appropriate AR-15 magazine (which is only really the case with 7.62x39mm as 300 BLK uses 5.56 mags).

Other changes to the design include a new type of side-folding buttstock with a riser module that brings the user’s cheek up to the top of the receiver. This makes the rifle compatible with the huge AR-15 iron sight and optics market. The riser can be removed for use with low-profile SIG sights. The 556xi has a flattop upper receiver, a railed gas block and a railed hand guard that’s about the same length as a mid-length AR-15.

One last little change is to a new style of open-ended extended flash hider.

As cool as the new 556xi rifles are, the P320 stole the spotlight this year. SIG is breaking into the striker-fired service pistol that builds on the concepts of the P250 with a much more approachable action. 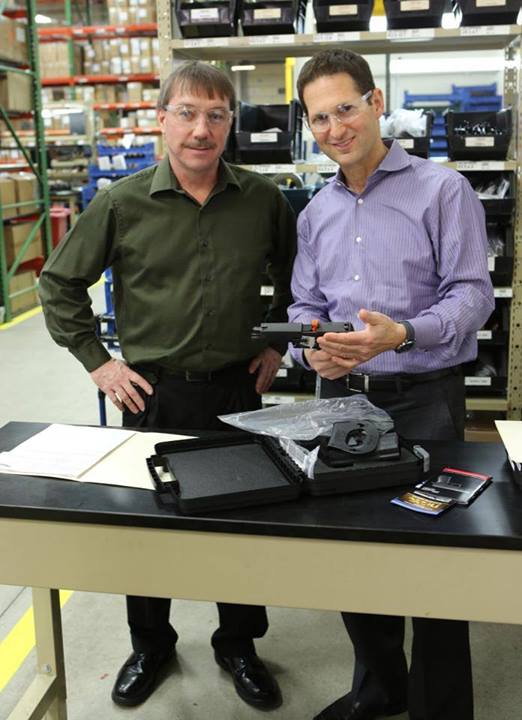 “Ron Cohen (President & CEO) and Ron Goslin (Vice President of Operations) sign off on the first production release of the NEW P320 full-size in 9mm!” stated SIG via Facebook.

The P250 is an interesting pistol that combines a universal Fire Control Unit (FCU) with different grip frames, slides, barrels and magazines to make any size or caliber handgun the user needs. Owing to first-generation problems and a niche double action-only trigger, the P250s strengths were not enough to raise the pistol above the rest in the crowded handgun market, although it has a dedicated following.

But owing to a much more popular trigger system, things will be very different for the P320.

At launch the P320 will be offered in two models, the Full-Size and the Carry, in 9mm and .40 S&W with SIG’s Nitron finish. These are equivalent to the P250 Full-Size and Compact and will use the same existing magazines and grip frames.

The pistols have ambidextrous slide stops and a reversible magazine catch making them lefty-friendly.

Eventually SIG will build on the P320’s modularity and introduce optional trigger safeties, manual safeties and other calibers and configurations. For now SIG is targeting the mainstream with full-size and service-size pistols. These P320s come with factory P226 night sights.

Additionally, SIG has stated they intend to follow up on the 556xi rifles with a Russian model that’s compatible with rock-and-lock AK-47 magazines, lightweight “Carbon” models with minimalist stocks and carbon-fiber handguards as well as SIG 556xi pistols equipped with the SIG arm brace for one-handed shooting.

For more details and specifications, head over to the SIG 556xi and SIG P320 product pages.