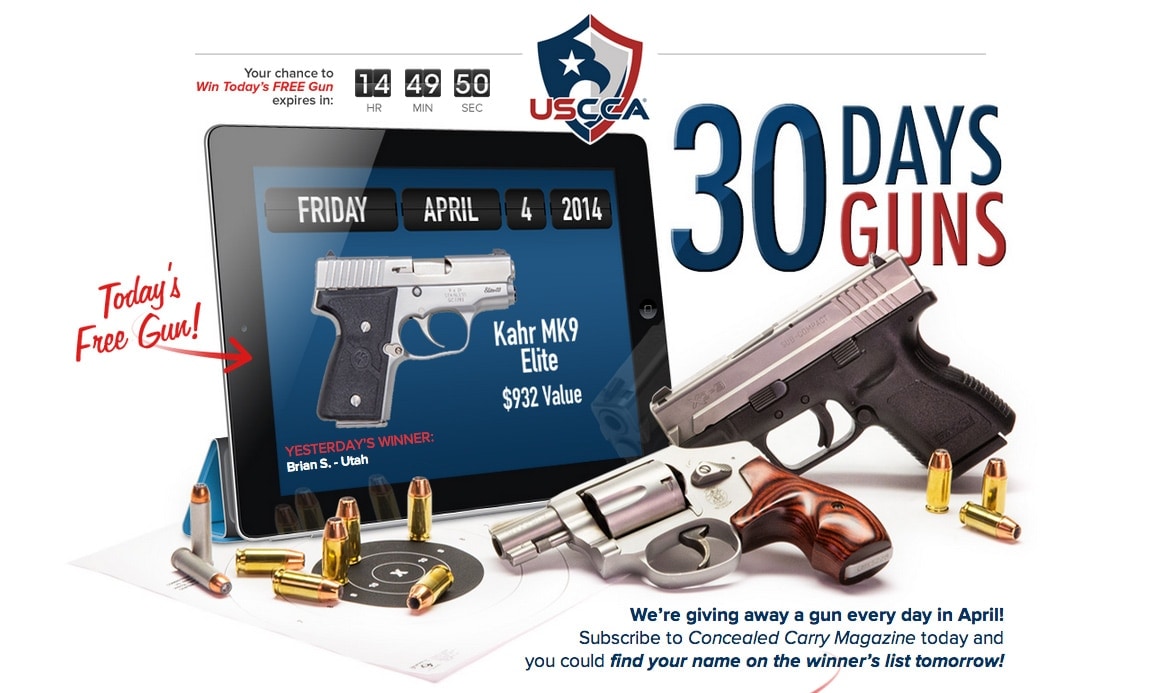 Everyday it’s a different price, but it will always cover the cost of a gun.

For the second year in a row, the U.S. Concealed Carry Association kicked off its “Gun-A-Day” promotion, by giving away a gun every day throughout the entire month of April.

“Last year’s promotion was a HUGE success,” Tim Schmidt, USCCA President and Founder, said in a press release. “Since we launched the giveaway on April 1st, some people thought it was a joke. ‘How can you give away a gun every day?’ But I promise you, this is the real deal.”

“We like to think of it as the perfect way to reward responsibly armed Americans all across our great nation. Everyone has a chance to win,” Schmidt added.

Each day, USCCA will sponsor the purchase of their featured firearm by sending the selected winner a check to cover its exact cost. For example, today the featured gun, Kahr MK9 Elite, is worth $932, so today’s winner will receive $932.

(We’re giving away the cost of a gun, isn’t as catchy)

Contestants can enter the giveaway at 30GunGiveaway.com or by purchasing a subscription to Concealed Carry Magazine, the USCCA’s national publication.

The USCCA publishes a magazine and an organization that advocates concealed carry. It has about 120,000 members.