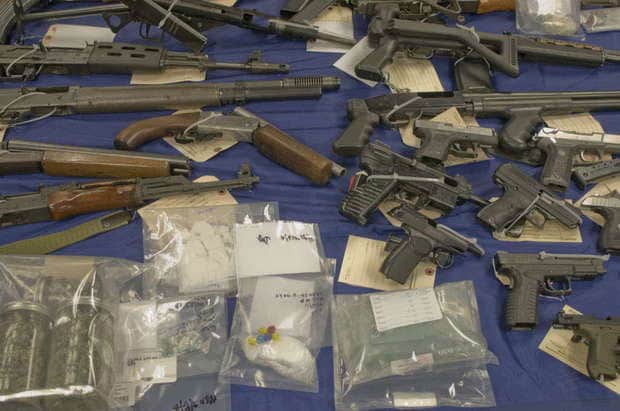 ATF Direct Todd Jones said more than 1,300 firearms were recovered during the storefront operations in question. (Photo credit: The Oregonian)

In the second Congressional hearing on the questionable practices used in sting operations conducted by the Bureau of Alcohol, Tobacco, Firearms and Explosives, committee members drilled ATF Director Todd Jones on Wednesday and perhaps created even greater frustrations as Jones struggled to answer many of their fundamental questions.

The “rogue tactics” were first called to attention more than a year ago after the Journal Sentinel published an investigative report, which created backlash against the ATF and even prompted an investigation by Congress.

Yet even with an investigation at its heels and still struggling with the repercussions of Fast and Furious, the ATF hasn’t exactly been overly cooperative in providing answers about the operations. In fact, a subpoena was issued just last month to obtain ATF documents concerning the operations after numerous requests by members of Congress went unanswered.

The bureau responded to the subpoena on Monday – which was the day of the deadline – but in a letter to Rep. Darrell Issa, officials stated that they were not yet able to provide the requested documents because it would require going through several years’ worth of emails as well as some 10,000 pages of case reports.

Nonetheless, the Congressional hearing continued Wednesday with members asking Jones about more than a dozen discrepancies found within the operations, which included not only using the mentally challenged and essentially entrapping them, but also intentionally allowing convicted felons to purchase firearms from the stores, operating near schools and other “safe zones,” buying stolen firearms, inflating the prices of firearms and having numerous guns from the operations stolen – including a fully automatic machine gun, which has yet to be recovered.

The ATF is also accused of poor communication with other law enforcement agencies and failing to report – or return – recovered firearms. Some also question the motivations of some specific actions used during operations, whether they were to actually make the streets safer or rather just for inflated numbers which made it appear that the operations were more successful than they actually were.

Although Jones denied many of the accusations while readily admitting there were mistakes that were made, he also pointed to the fact that storefront operations, in general, are “a valuable investigative technique.”

“There were deficiencies in our execution and management of some past activities in certain storefronts,” Jones said, with no specifics. “We recognize that storefronts and other undercover operations require stringent oversight in all facets.”

Jones denied that the agency intentionally targeted individuals who were mentally challenged, but members of Congress were not convinced.

“Your agents target people with low IQs because they are susceptible to this kind of buddying up,” said Oversight Chairman Darrell Issa, referring to such goodies offered by undercover agents such as video games, pot, alcohol, provocatively dressed, flirty female agents, even tattoos to advertise the storefronts. 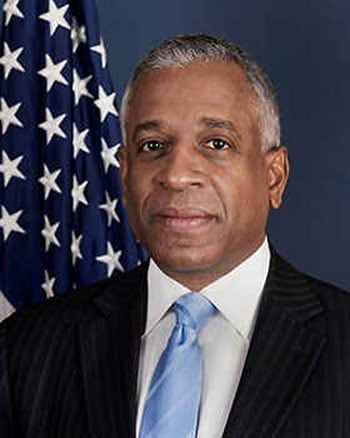 “To be honest with you, Congresswoman, I don’t know what they thought,” Jones replied, after stating that the ATF was unaware of their mental challenges during the operations and had only learned of them during defense pleadings in court.

Yet undercover agents in Pensacola, Florida, were caught on camera joking about one man being “half retarded” and how they could “use his desperation against him.”

U.S. Rep. Kerry Bentivolio, a former teacher who worked with children with disabilities, also pointed out that those who are mentally challenged are easy to spot.

“Anyone with any life experience can ask simple questions,” Bentivolio said. “I was surrounded by these kids. They are some of the best, nicest people who try their best and just want to please. I am appalled you would use these individuals like this and arrest them later.”

In addition, U.S. Rep. Jason Chaffetz questioned the reason why two key players in Fast and Furious – Bernard “B.J.” Zapor and Fred Milanowski – were rewarded with top positions in the Phoenix Field Division and made responsible for overseeing Operation Fearless, the storefront operation based in Milwaukee.

“Here we have the Phoenix office, probably the highest profile on the heels of Fast and Furious, and yet this same person was in charge of an office that executed Operation Fearless. Where is the accountability?”

But Jones stood behind the decision, stating, “The movements were made for very good reasons based on their record of performance. That is not to excuse the mistakes made in Operation Fearless.”

The director was also asked about firearms which were lost or stolen during the operations. Some of those were said to have been recovered but never returned to the proper agencies, which included local law enforcement. Jones was thoroughly questioned about the whereabouts of the recovered guns and why the proper reports were not filed, but could not provide adequate answers.

Jones determined that overall the operations were successful with 259 convictions and over 1,300 recovered firearms. However, some question those numbers since, for example, one such “recovered” firearm was one which was bought at a Milwaukee Gander Mountain for $700 and then purchased later that day by undercover agents for $2,000.

“I acknowledge, Mr. Chairman and Members of the Committee, that there were deficiencies in our execution and management of some past activities in certain storefronts,” Jones concluded. “We have since implemented new policies and procedures to minimize the chance of such deficiencies occurring in the future.”

Nonetheless, committee members requested another hearing with Jones in an attempt to receive more answers.