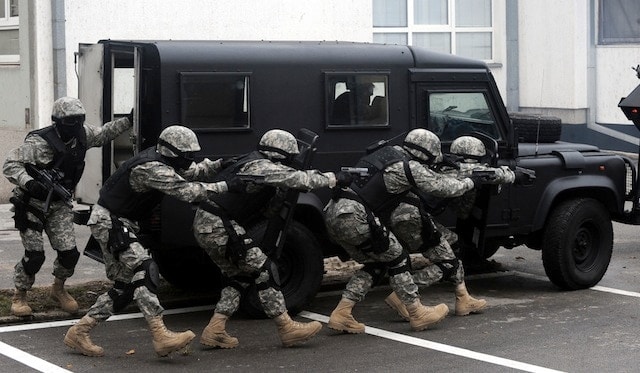 A New York SWAT team has been called upon to terminate North Tonawanda’s swelling deer population.

The bait-and-shoot program was first initiated in 2004 and was active all the way through 2008. The four-man SWAT team killed 231 deer within that time period, but the animals’ resurgence has demanded the program return once again, Niagara Gazette reports.

Residents have lodged many complaints to the council, claiming the rampant deer have caused property damage. The animals have also been the cause of dozens of vehicle accidents.

The use of birth control was considered as an alternative, but at a cost of nearly $1,000 per sterilization, the council decided to reinstate the bait-and-shoot program instead.

“We’re not starting anything radical,” said Third Ward Alderman Eric Zadzilka. “We’re resuming what we did in the past. We were hearing a lot more complaints from residents in the last two years about property damage. That’s what precipitated bringing this back.”

The SWAT team will hunt from October through March and all usable meat taken from the deer will be donated to the Food Bank of Western New York, according to Mayor Rob Ortt.