On Wednesday, renowned NBC sportscaster Bob Costas made a bet with those who support one’s right to keep and bear arms. On Friday, NRA-ILA Executive Director Chris W. Cox accepted that wager.

So, what was the bet?

Therefore, he’s willing to bet that if one were to track instances of gun-related violence within athletic circles versus instances of defensive gun use and other positive gun-related activities the bad would far outweigh the good.

Here’s what he told Late Night host Seth Myers during his Wednesday visit to the show.

“Here’s what I would say to anybody who any time they hear the word guns automatically goes off, like, ‘Oh, they’re going to repeal the Second Amendment,’” Costas said. “Let’s make a bet, you and me. Let’s say over the next five years we’ll do a Google search. We’ll have an independent party monitor it. You keep track of how many good and constructive things are associated with athletes having a gun, and I’ll keep track of all the tragedies and criminality and folly. And let’s see who comes out ahead or behind as the case may be.”

To this challenge, the NRA’s chief lobbyist said, “Bob, I’ll accept your bet.”

Cox explained in an opinion piece in The Daily Caller that the “vast majority of ‘good and constructive things’ associated with athletes, or anyone who owns a firearm, don’t make the news.”

Putting the ratings matter aside, and speaking to the statistical point Cox is making, the CDC put out a study in 2013, commissioned by the president in response to the mass shooting at Sandy Hook Elementary School in Newtown, Connecticut, that found that firearms are much more likely to be used in a defensive manner rather than for criminal or violent activity. 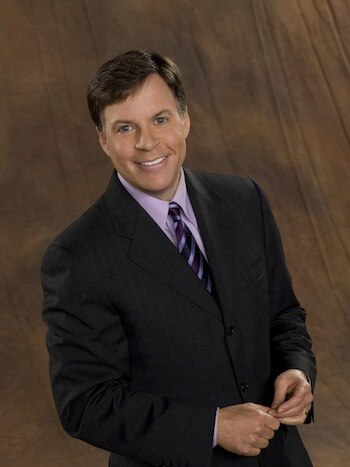 “Defensive uses of guns by crime victims is a common occurrence, although the exact number remains disputed. Almost all national survey estimates indicate that defensive gun uses by victims are at least as common as offensive uses by criminals, with estimates of annual uses ranging from about 500,000 to more than 3 million per year, in the context of about 300,000 violent crimes involving firearms in 2008,” stated the study.

It was also discovered that when guns are used in self-defense the victims consistently have lower injury rates than those who are unarmed, even compared with those who used other forms of self-defense.

However, the question remains if that holds true for the subculture of professional athletes, particularly those in the major four sports: NHL, MLB, NBA and NFL.

One would be inclined to agree with Cox, that professional athletes are no more prone to gun violence or criminality than the general population, but until a comprehensive study is done looking into both DGUs and criminal acts committed by professional athletes it’s a question that will go unanswered.

For Cox’s part, if he wins that is, and he’s pretty certain that he will win the bet, provided they “compare real statistics, not misleading news reports,” he would like Costas to “down armed security at your events for an entire year.”

It’ll be interesting to see if Costas responds.