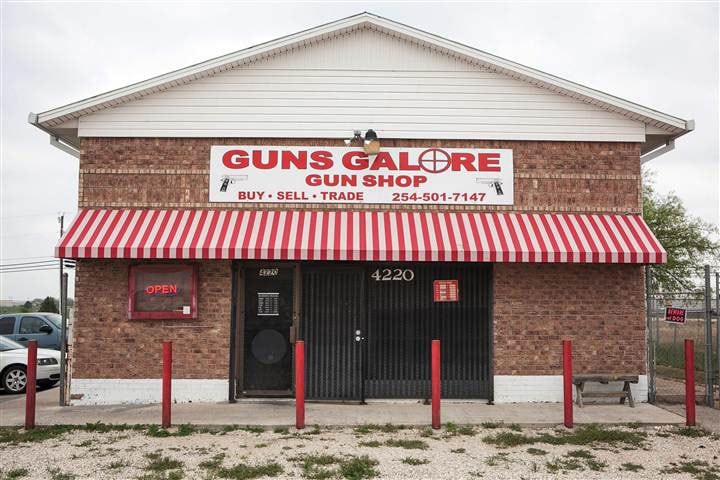 Other than pawn shops, Guns Galore is the only place to buy firearms in the area. (Photo credit: NBC)

As the investigation into Wednesday’s shooting rampage at Fort Hood continues, one Killeen, Texas gun shop is once again being criticized after authorities discovered that the shooter purchased his gun from the store, as did the man responsible for another deadly shooting at Fort Hood five years ago.

Greg Ebert, who has been employed as a salesmen at Guns Galore for several years, told reporters that the store has received an onslaught of angry calls and emails. Some even going so far as to ask if they are happy now that more people are dead.

But authorities confirmed that the store, located about two miles from Fort Hood, did nothing wrong when they sold the .45-caliber pistol to Spc. Ivan Lopez about a month before he entered the base and opened fire, killing three and injuring 16.

Lopez had a clean record and passed the background check. However, he was being treated for depression and anxiety and currently being evaluated for post-traumatic stress disorder. Investigators are now delving into his personal history and believe that his mental health issues played a part in the shooting.

“We had nothing to do with what happened out here,” Ebert said, speaking for himself and not the store. “If you want to blame somebody, go to the FBI and to the government at Fort Hood, and ask them why someone who was being psychologically evaluated wasn’t flagged.”

Guns Galore was thrust into public scrutiny back in 2009 as well for selling Nidal Hasan an FN 5-7 tactical pistol which he later used to kill 13 people and wound more than 30 at the same military base.

The store was also found to have done nothing wrong or illegal at that time, but Ebert admitted to NBC News that the store owners, “just didn’t want all that attention all over again.”

Yet still, not everyone, including those who are pro-gun control, blame the store where the gun was purchased.

“I can’t possibly lay any blame at their door. Dealers are in this to make money,” said Ladd Everitt, spokesman for the Coalition to Stop Gun Violence. “So I don’t think we should count on gun dealers to be psychiatrists or law enforcement officers. We need better laws on the books.”

Current federal law prohibits selling firearms to anyone who has been involuntarily committed to a mental health facility or an individual who has deemed by the courts to be a danger to himself or others.

Lopez didn’t fall into either category.

Still, Ebert says that regardless of what the law says, they will – and have – turned away potential buyers before.

“We’ve refused to sell to a handful of people based on their mannerisms, their overall behavior — left you with the uncomfortable feeling that I’d rather not sell a firearm to this person,” he said. 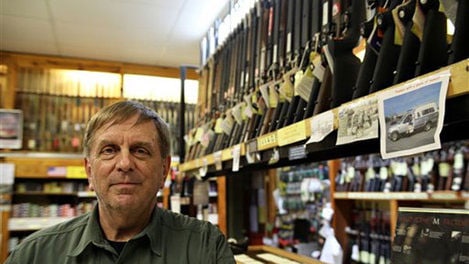 “If there’s anything in a person’s history to indicate potential violence, there should be a restriction put in place,” said salesman at Guns Galore, Greg Ebert. (Photo credit: AP)

In fact, in 2011 the store called authorities after Pfc. Naser Jason Abdo came into the establishment and bought gun powder and ammunition. Employees just had a bad feeling about him. Abdo was later arrested for planning to bomb troops at Fort Hood.

Nonetheless, Ebert admits that although they follow all the laws and use their own judgment, they still can’t be responsible for the actions of others.

“I can only control what goes on inside this facility,” he said. “Once a person leaves a door, it’s beyond me.”