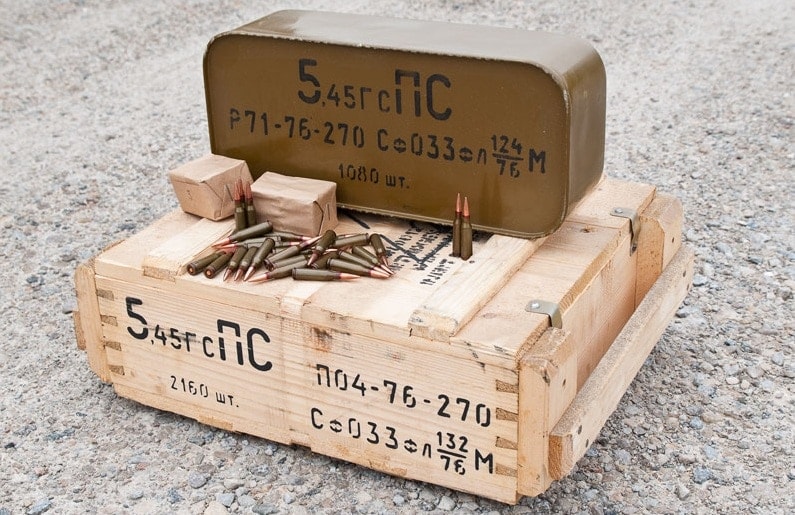 A U.S. congressman made an official inquiry into whether or not the Bureau of Alcohol, Tobacco, Firearms and Explosives has plans to ban the importation of Russian military surplus  “7N6” type ammo, while gun groups are calling for action.

“I am troubled that such a reliable, cost-effective and popular choice, such as the “7N6″ offering … would be banned for import by the BATFE after years of trouble-free import and use,” wrote Arizona Rep. Matt Salmon.

According to the letter, some gun and ammo dealers had their paperwork put on hold by the BATFE during routine transactions involving the importation of 7N6 ammo around March 28. Once word got out, speculative details gained momentum via social media.

While the BATFE has yet to give an official response, according to the National Rifle Association, the agency is allegedly in the process of determining if 7N6 constitutes as “armor piercing ammunition” when fired from a handgun.

Federal law defines “armor-piercing ammunition” as any projectile or projectile core that may be used in a handgun and is constructed entirely from one or a combination of metals or alloys. In addition, the projectile is larger than .22 caliber and has a jacket that makes up more than 25 percent of the total cartridge weight.

However, 7N6 bullets are constructed with a soft steel core, making it more ideal for plinking and target shooting than piercing body armor.

“Should you confirm that the “7N6″ offering of the 5.45×39 cartridge has been or will be banned or otherwise restricted for import into the United States, I ask that you provide my office with a detailed statement as to why the BATFE has elected to do so and under what authority it has elected to take such action,” Salmon said.

Also, the NRA is requesting its members to contact their representatives to take action against a possible ban on 7N6.

“We encourage you to contact your representatives in Congress and ask them to urge BATFE to reconsider its classification of 7N6 as armor piercing ammunition or to grant 7N6 a “sporting purposes” exemption, as it has been imported and safely used for lawful purposes for many years,” the gun lobby said.

The BATFE has yet to respond to Guns.com’s request for comment.