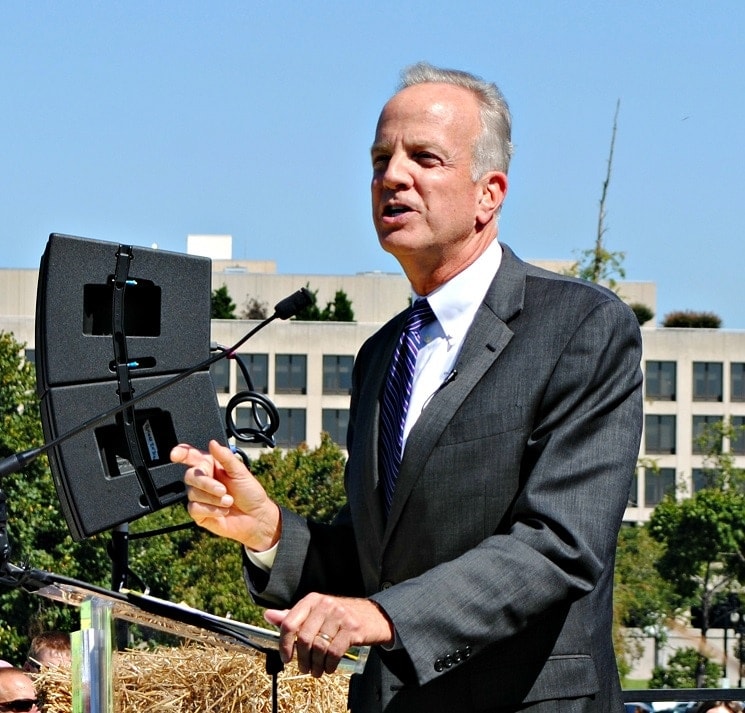 Sen. Jerry Moran (R-KS) is calling on the White House tell the UN that the Arms Treaty will not be ratified by congress. (Photo credit: KS Corn)

U.S. Sen. Jerry Moran (R-KS) this week sent a public letter to the White House urging a halt to efforts to implement the UN Arms Trade Treaty, which is nearing ratification.

This came the same day as 18 more countries turned in paperwork to the United Nations confirming their support of the treaty, bringing the number of nations that have ratified the agreement to 31. The UN treaty will not come into effect until 50 of the signatory nations have ratified its contents.

“Since October, both the Senate and the House of Representatives have made it clear that they oppose the implementation of the treaty until it passes through the full ratification process, including the passage of implementing legislation,” Moran wrote in his to President Obama.

The United States voted for the ATT,  which Secretary of State John Kerry signed last September saying that the treaty would take guns from the hands of terrorists and not law-abiding U.S. citizens.

This prompted the October 2013 letter mentioned by Moran that was drafted by Sen. Joe Manchin (D-WV), backed by 49 other senators as well as 181 members of the U.S. House. That previous declaration, sent to the White House, also urged the President to notify the UN that the U.S. does not plan on ratifying the ATT.

The ATT was voted on in the UN General Assembly last April with 155 states voting to adopt it. However in the past year just 118 of those who voted for it have actually signed and only 31 of those ratifying it.

“By globally regulating the international trade in arms, nations demonstrate their common responsibility to save lives, reduce human suffering and make the world a safer place for all,” the 17 latest European states that delivered ratified copies of the treaty to the United Nations said in a joint statement Wednesday. 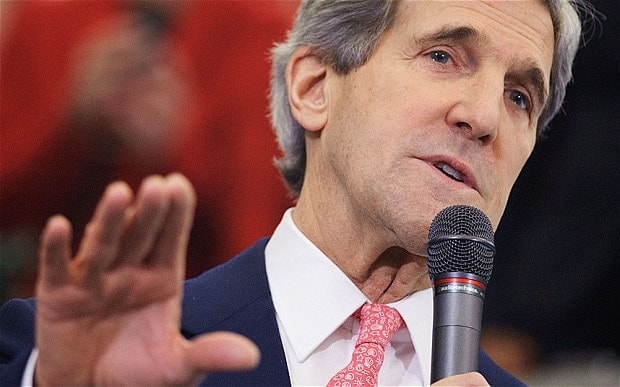 Despite such proclamations, it has been argued by many that the treaty in itself is meaningless as it has no real teeth, requiring a ‘scouts honor’ approach to enforcement with very few safeguards or oversight by the UN.

This is compounded by the fact that many countries seen as the rouge’s gallery of illegal arms trafficking — North Korea, Iran, Russia, China and Syria — have all voted against it or abstained.

The U.S. State Department declares on its website about the ATT that, “we would never think about supporting a treaty that is inconsistent with the rights of Americans citizens to be able to exercise their guaranteed rights under our constitution.”

Nevertheless, many pro-Second Amendment groups are not convinced.

“The Obama administration has repeatedly demonstrated its contempt for our fundamental, individual Right to Keep and Bear Arms,” said Chris W. Cox, executive director of the NRA’s Institute for Legislative Action last October.

To move through the Senate to ratification, the treaty would need 67 votes, a prospect that Moran promised to make difficult in his letter.

“I pledge to continue leading my colleagues in opposing the ratification of this treaty, and wish to repeat our previous notice that we do not regard the U.S. as bound to uphold its object and purpose.”