Sandra Ferris was upset after learning a photo of her posing with a Colt .45-caliber pistol would not be accepted in the “Real Beauty At Every Age” contest. “People” magazine rejected the photo, listing three potential reasons why: size, focus, or inappropriate content, WBTV reports. 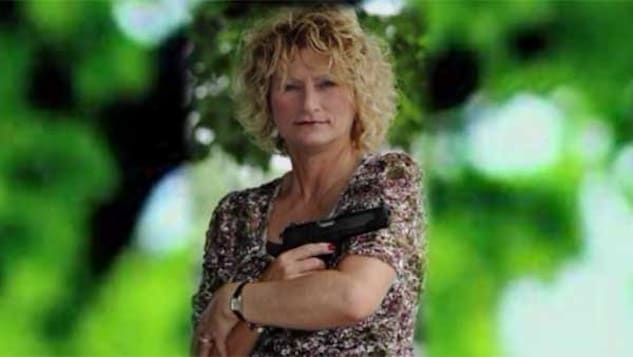 Sandra’s husband, Bob Ferris, took a series of photos of his wife for the contest. Some of them included her holding a Colt .45, and after sorting through the bunch he felt the ones with her holding the firearm looked the best.

“It just so happens that the photo I liked the best has her holding a .45 automatic,” Bob said. “I didn’t think they’d reject the photo. I was a little shocked at first.”

But Bob wanted to see if the gun was the culprit behind the rejection, and so took another photo of his wife holding a firearm and sent it in to “People” for their consideration. Again the photo was rejected. Finally, Bob took a picture of his wife without a firearm in the frame and sent it in. That one was accepted.

Sandra doesn’t feel there was an issue with any of the photos, but according to the contest’s rules, “People” can reject any photo they consider offensive.

“I don’t see anything wrong with the picture and women with guns,” Sandra said.

Bob added that “guns are a part of our life.”