Yugo rifles wear their history, however dark it may be 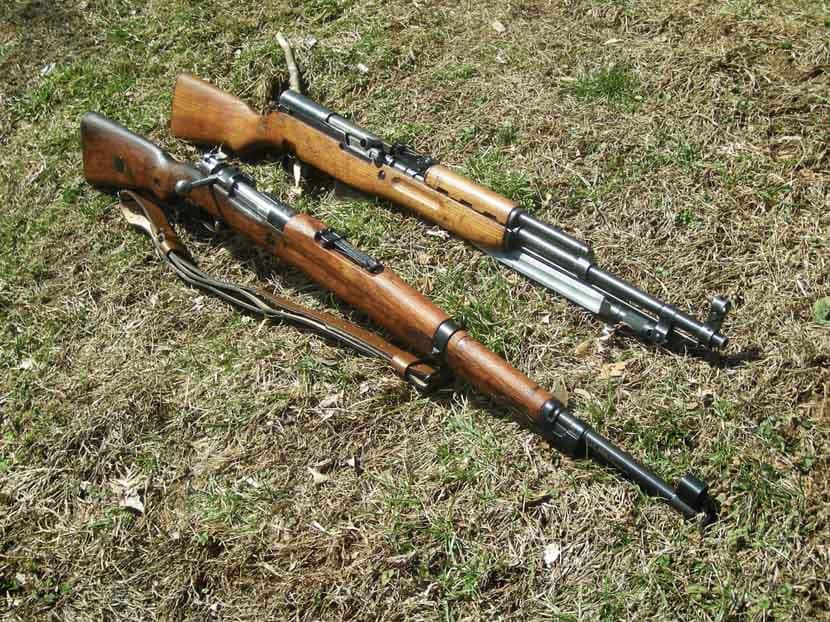 After reading an article that warns of a possible dry spell in Serbian made AK style rifles, I pulled out my two Yugo rifles from my collection to admire them. Many collectors appreciate Yugo rifles because manufacturers refurbish them to like new condition and then import them dripping with grease and stocks soaked in oil. My two rifles are different; they bare the scars of a lifetime of warfare and unspoken stories of battles long forgotten by history.

Many gun collectors often opine that they wished their guns could talk. What would they say? Would they talk of heroic men dashing across the beach at Normandy? Would they talk about bagging that perfect buck with grandaddy? Would they brag about how they scored the final bullseye in competition, winning a trophy for the mantle? Or would they say that they were used to bag countless squirrels and rabbits, not for fun, but so the owner would have something to eat? Sometimes I wish I could hear what that old Mossberg 42M (C) could say or my Stevens 5100 with the previous owner’s Combat Infantry Badge inlayed into the stock alongside carvings and engravings of horses, dogs, birds and rabbits. On the other hand, with the scars of past battles on my two Yugo rifles, I am thankful not to hear about the horrors they may have seen during those brutal wars.

Yugoslavia was a polyglot nation formed out of necessity, thanks to the old imperial ambitions of their former neighbors. Weary about potential future invasions, a multi-ethnic federation sprang up under the leadership of a Serbian king in Belgrade. Unfortunately, when the Second World War erupted the kingdom collapsed under ethnic, religious and political tensions. Eventually, through a series machinations and battles, the communist partisans (under command of the charismatic strongman Josip Broz Tito) won power and took control of the nation.

Before Tito died in 1980, he foreshadowed the coming storm, “If you saw what I see for the future of Yugoslavia, it will scare you.”

In 1992 Slovenia and Croatia declared independence from the Serbian federation. The Serb dominated government in Belgrade was angered and sent the Yugoslav National Army to quell the rebellions. Soon the largest war in Europe since the Second World War erupted and claimed the lives of millions, and while subjecting countless lives to incredible horror, many people forgot why they were fighting. The term “ethnic cleansing” entered the lexicon while the United Nations dithered and bickered in New York.

This brings us back to my two rifles. Instead of the pristine condition that many milsurp owners love to brag about, these rifles look the way they should. They wear their history, however dark it may be.

My M59 SKS rifle is covered in dings and dents. Its finish is a mixture of gun oil, grease and human sweat. Impact marks dot the rifle, while a “K” is engraved into the buttstock under the serial number. How did that get there? Why is it there? Is it the first letter to a name that was never finished? Is it a kill mark? Is it a unit identifier? I will never know. As a testament to those who built the rifle, it functions as if new. I never had a problem with the rifle, except when using hollow points, but those were not around when the rifle was employed. It is a tough and robust design and I have little doubt the previous user had the utmost faith in this rifle. 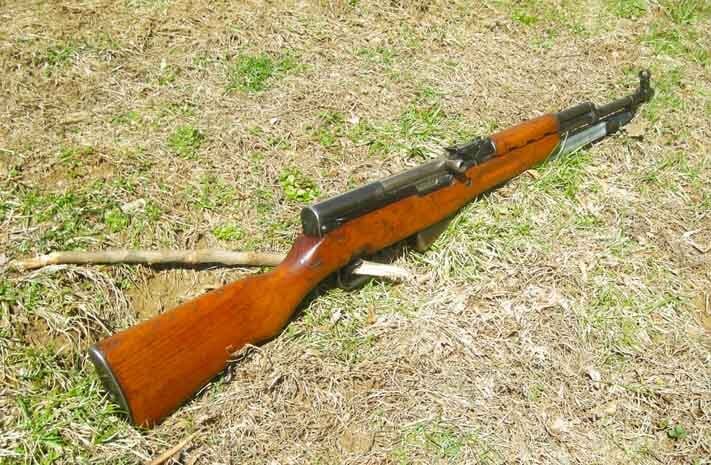 The Yugoslavian SKS is renown for its robust construction. (Photo by: F. Borek)

My other Yugo rifle is the M24/52C. At one point in its life, the communist crest atop the receiver ring was the crest of the Yugoslav Royal Family, indicating that the rifle was built by Ceska Zbrovka at Brno and that it was a VZ.24 rifle — one of the most popular and well built rifles of the extended Mauser family. Nevertheless, after Tito and his communists took power, such decadent symbols of the former ruling class could no long adorn the rifle defending Yugoslav independence. The old crest was ground off and replaced with the communist crest and the Brno markings were replaced with the markings of the armory that performed the refurb. Its age means that more than likely it saw combat in WWII and the Yugoslav Wars. Indeed, as a reminder of the Second World War, there is a German Waffenamt inspection mark adorning the cocking knob of the bolt. The sights are incredibly fine, to the point that you wonder how anyone managed to hit anything with it. Its stock is also soaked with oil and covered with dents and impact marks, yet the bolt is still smooth and shoots with deadly accuracy. Any well motivated guerrilla would find this rifle to be an excellent weapon.

Both weapons were obsolete by the 1960s and replaced with more modern designs. Regardless, the Yugos kept refurbishing Mauser rifles and building SKS rifles until the 1980s. Why? Their doctrine of war: if forces invaded, everyone would grab a rifle and ammunition from their attic or local armory and muster with the local Territorial Defense Force. Then run for the woods and fight a guerrilla war to defeat the invaders. When the Yugoslav Wars erupted combatants put this doctrine into play, helping to blur the line between uniformed soldier, angry guerrilla and hapless civilian.

Even though the aforementioned Yugo weapons were obsolete by the time the war erupted, there is no doubt that men and women determined to stay alive put them to use through those dark days. Additionally, people conscripted before the war trained with these rifles intimately and knew how to utilize them to their fullest. Used effectively, they could take their toll on an enemy force.

When the wars ended the new governments asked the citizens to turn in their arms. Many did, but I have little doubt that citizens turned in weapons that were no longer in any sort of fighting condition. Perhaps, people oiled and hid their rifles in their attics or shed, in case they needed them again. With Bosnia and Herzegovina starting to boil over, it is possible that these rifles will be pulled out of the attic, oiled and cleaned and put back to use; fighting against yet another oppressive government.

As for my two Yugo rifles, their fighting days are over. Albeit, we have the 2nd Amendment for a reason and there is a chance — however slim — that these old warhorses could again be fired in anger, defending one’s life. Hopefully that day will never arrive.