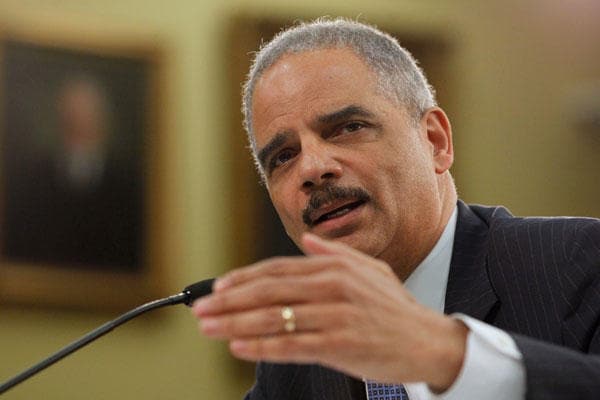 In speaking before a House committee last week, Attorney General Eric Holder explained his feelings on smart gun technology aimed at “decreasing the misuse of weapons.”

This came when testifying to the House appropriations subcommittee on the subject of gun safety April 4. In his presentation, he spoke revealingly of new biometric technology that he hoped the Department of Justice would be able to mature.

“I think that one of the things that we learned when we were trying to get passed those common sense reforms last year, Vice President Biden and I had a meeting with a group of technology people and we talked about how guns can be made more safe,” he said.

Continuing, Holder elaborated, “By making them either through finger print identification, the gun talks to a bracelet or something that you might wear, how guns can be used only by the person who is lawfully in possession of the weapon.”

“It’s those kinds of things that I think we want to try to explore so that we can make sure that people have the ability to enjoy their Second Amendment rights, but at the same time decreasing the misuse of weapons that lead to the kinds of things that we see on a daily basis,” Holder finished.

This type of technology has been a hot button political item in Washington already this year. In February, Sen. Ed Markey introduced his “Handgun Trigger Safety Act” that would require all new handguns to be personalized with biometrics within three years of its passage. This was followed in March by a $2 million request in the President’s 2015 budget to be used by the Department of Justice for further research into smart gun technology.

Many in the gun industry, however, see the technology as being immature. The only company that has a marketable smart gun, Armatix, is currently without a venue to sell their $1,800 .22 LR pistol and its companion RFID-equipped watch. 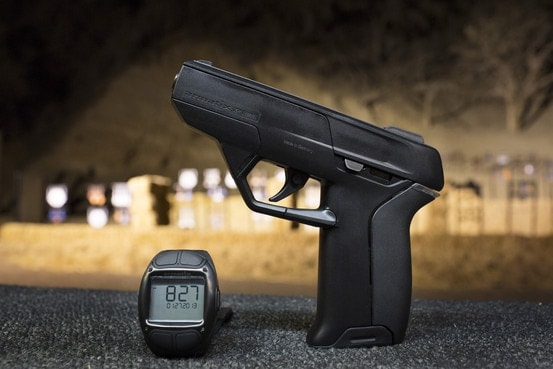 The Armatix iP1 uses an RFID-equipped watch paired to the handgun to electronically unlock the pistol. (Photo credit: Armatix)

The National Shooting Sports Foundation conducted a national poll of more than 1,200 Americans in October 2013 on smart guns. The results found that roughly three-quarters stated they would not buy a smart gun, would not trust the reliability of one, and that the government should not mandate such technology.

“I was at that meeting. Holder left about a third of the way through the meeting,” said Keane. “The end result was a report by NIJ that concluded there was no reliable authorized user recognition technology available and that further research needs to be done.”

“The industry is not opposed to R&D, what we and the inventors who were also at this meeting opposed is any New Jersey-style ‘one-size-fits-all’ government mandate requiring that only authorized user recognition-equipped firearms can be sold in a state,” explained Keane.

Those on the other side of the gun control issue see it very differently.

“The gun lobby has stood in the way of progress in personalization technology, claiming that it infringes on the rights of gun owners,” wrote Shannon Watts, the founder of Moms Demand Action in a recent OP-ED piece in USA Today. “We cannot allow a few extreme voices to stand in the way of a technology that could save lives and in no way infringes on Second Amendment rights.”

Officials with the Justice Department did not immediately respond requests for further comment on Holder’s remarks.