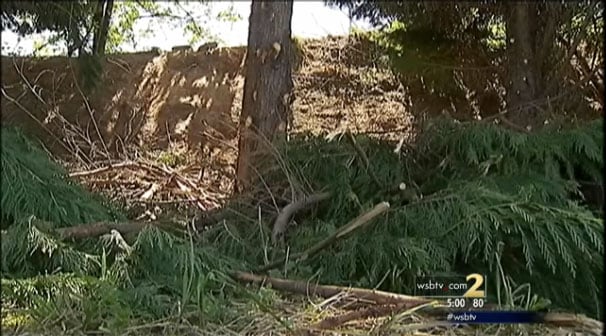 When a group of fifth-grade boys gathered together to build a treehouse fort behind their homes, the last thing they expected was to have the police called on them who then responded with their guns drawn. But as local media reported, that’s exactly what happened last month in Georgia.

Eleven-year-old Omari Grant told reporters that he and his friends often played in the wooded area behind their subdivision and it had never been a problem in the past. However, as the young boys began building a fort in the trees, a resident from the neighboring subdivision made a call to 911 to report the activity in which the boys were engaged.

Henry County police officers responded to the call and, for reasons which have yet to be explained, at least one officer drew his gun and pointed it at the children as they were ordered to the ground. The children were then treated like common criminals, forced to lie face down with their legs spread while the officers cleared the fort-building scene.

Even Dillard, whose own wife put in the call to the police, was shocked that the officers had pulled a gun on the children, regardless of the environmental hazards the children were creating at the time.

Baptiste filed an excessive force complaint with the police department and an investigation is now being conducted.

“If it was justified then we’ll deal with it, if it wasn’t we’ll address it as well,” said Sgt. Joey Smith with the Henry County Police Department, a father himself who admitted to reporters that he could understand why the boys’ parents would be upset.

And although Omari realizes it probably wasn’t the best idea to be cutting the branches off of the trees, he also has a different opinion of those who were sworn to serve and protect him.

“I learned that they’re supposed to help you not make you feel scared to even come outside,” the boy said, adding, “I was thinking that I don’t want to be shot today, so I just listened to what they said.”