After explaining the significance of the citation, Holder was the first sitting cabinet member to be cited with contempt of Congress, Gohmert asserted that Holder’s refusal to turn over subpoenaed documents relating to Fast and Furious was a sign that he didn’t take the charge seriously.

“I realize that contempt is not a big deal to our Attorney General,” Gohmert said, “but it is important that we have proper oversight.”

“Well, I’m just looking for evidence,” Gohmert responded. “And normally, we’re known by our fruits. And there have been no indication that it was a big deal because your department has still not been forthcoming in producing the documents that were the subject of the contempt.”

Under the auspices of the DOJ and the ATF, federal agents instructed law-abiding and responsible gun dealers to sell weapons to suspected straw purchasers who had ties to known Mexican drug cartels. The goal of Fast and Furious was to trace these firearms back to cartel leaders so that law enforcement, on both sides of the border, could make one big raid.

Of course, that never happened. In part, because Mexican officials were largely in the dark about the operation, but also because DOJ and ATF leadership proved to be grossly incompetent, as congressional investigators noted in a Joint Staff Report that extensively examined the operation. 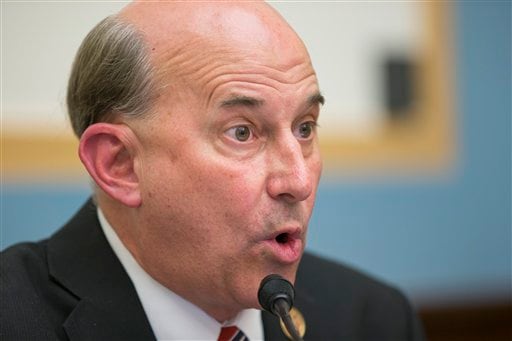 Consequently, approximately 2,000 firearms crossed the U.S.-Mexico border undeterred. Approximately 1,400 of those firearms are still unaccounted for.

Holder’s DOJ came under intense scrutiny for the operation and when congressional investigators subpoenaed documents, Holder refused to turn them over. He was then given a contempt of Congress citation. However, President Obama invoked executive privilege to put a block on the request. This, in turn, prompted the Republican-majority House Oversight Committee to file a lawsuit demanding those docs be released.

The case is still ongoing.